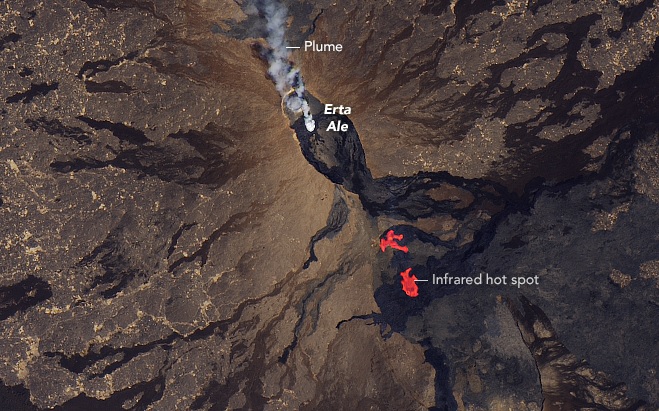 Ethiopia’s Oromia region was hit by a 5.2 magnitude earthquake on Friday, according to the United States Geological Survey. The Euro-Med Seismological Centre (EMSC) measured the quake at 5.3 magnitude.

The moderate earthquake happened about 7:30 p.m. local time and was centered in the Oromo-populated district south of Addis Ababa, in the lakes region along the highway between Ziway and Shashemane.

There were no immediate reports of injuries or damage. News from the restive Oromia region often has been difficult to communicate during months of unrest that led to a six-month state of emergency imposed in Ethiopia in October.

It’s the northeast part of Ethiopia, though, that scientists are watching closely as new lava flows at the Erta Ale volcano were reported this week. There is no immediate evidence to suggest the two events are related.

Yet seismic activity associated with volcanic eruption is not uncommon, and the active volcano, near the Eritrean border, has seen increased attention. That’s after a lava lake partially collapsed into the caldera – a volcanic crater caused by the volcano folding into itself, and a sign of more significant eruptions.

“Erta Ale has a long-lived lava lake that has gurgled and spattered in its caldera for decades, but the most recent bout of activity involves the southeast flank of the gently sloping mountain,” wrote NASA, where a new image showing infrared hot spots captured by satellite was posted on Friday.

Last week, a 4.7 magnitude quake hit the remote reaches of Niger, about 230 kilometers from the ancient city of Djado. There were no reports of immediate damage in the remote Ténéré region of the Sahara, east of the uranium mining center of Arlit and the Aïr Mountains.

Most of the significant seismic activity on the continent is concentrated in the East African Rift Valley, and along the Mediterranean Sea coast in North African nations.