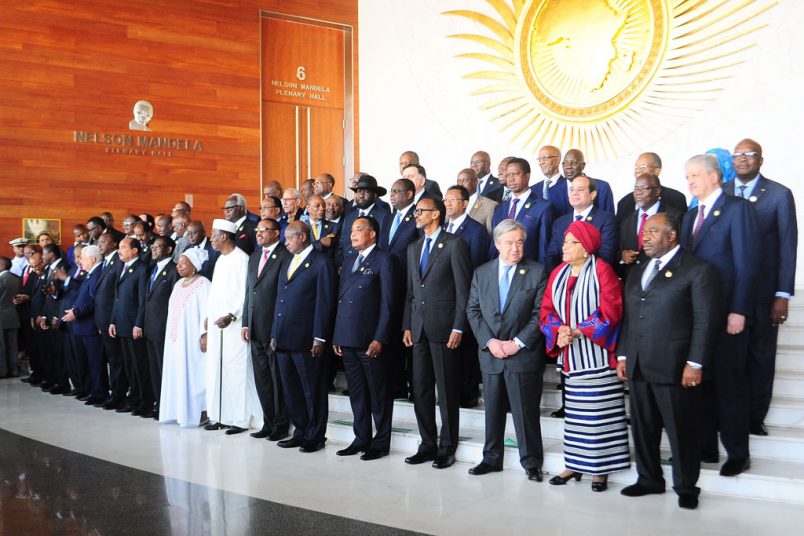 Morocco’s readmission to the African Union (AU) was a welcome development to many – including Western Sahara itself — but it’s already become a controversial point among some member states, including South Africa and Kenya.

“Morocco is not returning to the African Union through the back door, but by the main gate,” said King Mohammed VI in his AU address Tuesday.

Yet in South Africa, the African National Congress said it was “regrettable” that the gate was open, given its longstanding support for Sahrawi independence in the territorial dispute with Morocco that first prompted the North African nation to separate itself.

Edna Molewa, the ANC head of international relations, said the decision to readmit Morocco after 34 years was “a significant setback to the cause of the Sahrawi people and their quest for self-determination and independence in the Western Sahara.”

“The Western Sahara is one of Africa’s last remaining colonial outposts,” she added.

Meanwhile, Kenya’s Amina Mohamed said her failed bid for African Union Commission Chairwoman was caused in part by the dispute over Western Sahara. Fear and division are what caused her loss to Moussa Faki Mahamat, the foreign minister of Chad, she said, and part of that fear was rooted in her support for Sahrawi self-determination.

Deft political maneuvering by Morocco meant that the discussion and vote on whether or not to accept their readmission – one that King Mohammed VI has pressed since last year – was separated from the election of the new AU leader.

Moroccan Foreign Minister Salaheddine Mezoua hosted a dinner in honor of Mahamat Sunday, signaling the importance of the vote for a candidate that “Rabat felt would dance to its tune if elected,” the Daily Nation reported in its analysis of Mohamed’s bitter defeat.