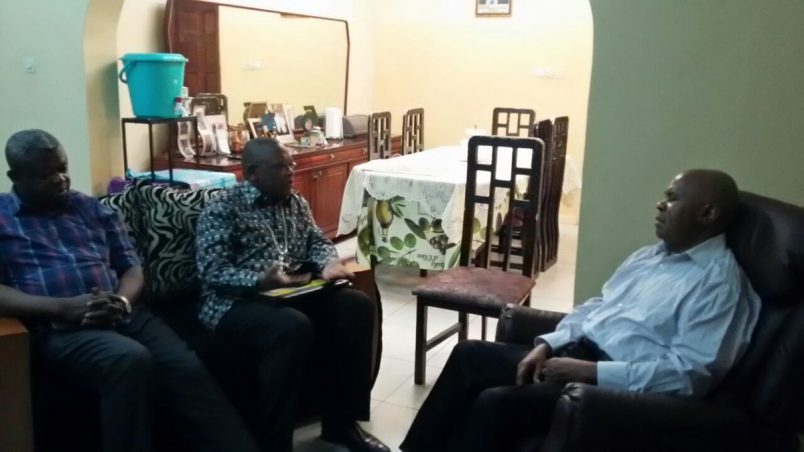 Prominent opposition leader Etienne Tshisekedi of the Democratic Republic of Congo, a key figure in both current negotiations with President Joseph Kabila and the history of the nation, has died.

“President Tshisekedi died today at 17:42 in Brussels,” said Bruno Tshibala, deputy secretary-general of the UDPS, in a statement from his Union for Democracy and Social Progress party. The UDPS said Tshisekedi died at the St. Elisabeth Hospital in Brussels, but did not reveal a cause.

His death also was confirmed by diplomatic sources and multiple media outlets.

He was known to be in poor health and flew to Belgium last week for medical treatment. His son, Félix Tshisekedi, had confirmed that he was going for medical services but was expected to return.

Tshisekedi had come back to Kinshasa in July to help lead the resistance to Congolese President Joseph Kabila, and to demand a presidential election in keeping with the Congolese constitution.

Kabila’s term limits have expired, but he has yet to step down or formally act on a December 31 agreement to create a one-year transitional process before elections are held.

That deal was brokered through a successful mediation by Roman Catholic bishops of the nation’s National Episcopal Conference (CENCO), a cultural pillar in the DR Congo.

Tshisekedi met with CENCO members as recently as last week, and was expected to help lead the Implementation Council dialogue to oversee the transition process.

He was integral to the negotiations at a time that has seen escalating violence in public demonstrations over Kabila’s stance, and his death casts further uncertainty on a process that has remained stalled.

Tshisekedi ran unsuccessfully for president against Kabila in 2011, and leaves a legacy of decades of leadership in the troubled central African nation.

This is a developing news story, and Africa Times will continue to update it.