Home>News>JMEC appeals for South Sudan dialogue as cost of conflict deepens
By AT editor - 8 February 2017 at 11:13 pm 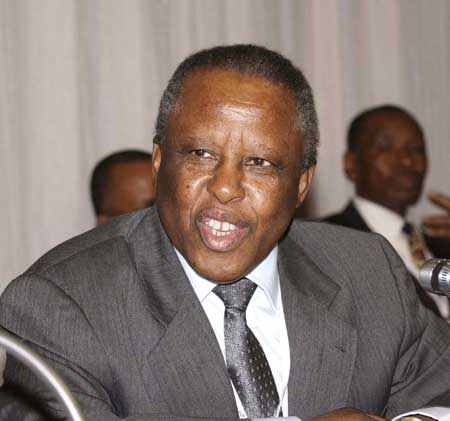 The head of the commission responsible for overseeing South Sudan’s peace and political agreements said Wednesday that he is dismayed by escalating conflict that prevents their implementation, while exacting a heavy toll in humanitarian terms.

“Over the past three months there have been increasing reports of targeted and revenge killings, sexual violence, torture and destruction of farmland and property being committed by various groups, including men in uniform,” said Festus Mogae, the former president of Botswana and chairman of the Joint Monitoring and Evaluation Commission (JMEC).

“And it’s simply not credible for the parties to preach peace with one hand and simultaneously wage war around the country with the other,” he continued. “JMEC demands for the respect of the ceasefire and the restoration of peace by all parties.”

Mogae noted that fighting in Malakal and Renk are clear examples of ceasefire violations, and lamented the spread of violence to Wau and Upper Nile state, beyond the continued conflict in Equatoria.

“Since November 2016, the main highways from Uganda and Kenya remain extremely dangerous due to the high number of ambushes, killings, and robberies,” he added.

“For dialogue to have a real meaning and effect it must include more than those who already agree with the government,” he said. Kiir plans to begin the dialogue process in March, but SPLA-IO leader Riek Machar has resisted and said peace must come to South Sudan before a dialogue will work.

Mogae’s remarks came during a two-day meeting in Juba, held monthly to discuss the progress of the 2015 agreement. This month’s meeting also comes as David Shearer, the Head of the United Nations Mission in South Sudan (UNMISS), completes a field assessment in the north-central part of the country.