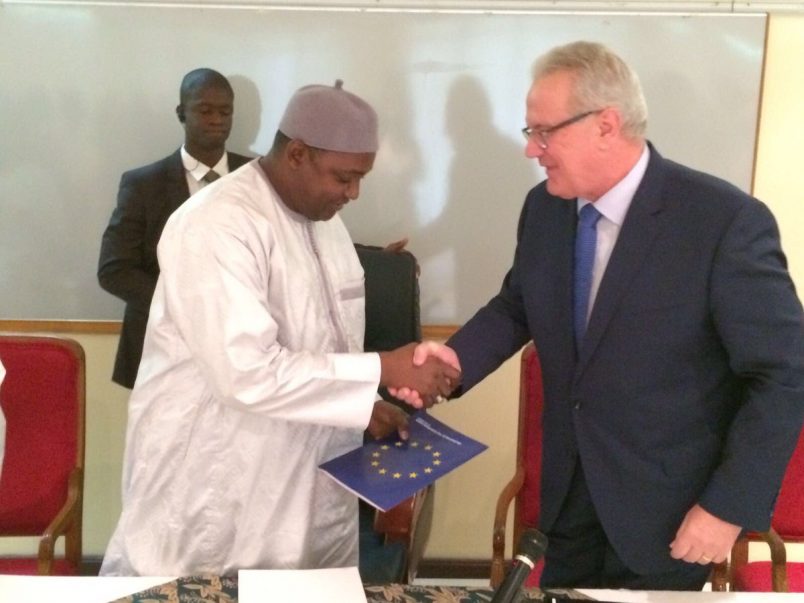 The European Union has pledged €225 million in financial support to The Gambia, with the first €75 million in immediate support announced during a visit to Banjul by Neven Mimica, Commissioner for International Cooperation and Development.

Mimica met with Gambian President Adama Barrow and his new government to discuss Europe’s support for the West African nation as it emerges from the economic and political turmoil left behind by Yahya Jammeh. Jammeh, who ruled the nation since 1994, was defeated in a December 2016 election.

The immediate support includes €10.5 million for female-headed households and other vulnerable populations, and €20.5 million to create jobs and improve food access. Food security also is addressed with €11.5 for nutrition programs. Under the EU Emergency Trust Fund for Africa, an additional €11 million targets job opportunities for youth.

The Gambia, which has one of the highest rates of migration in West Africa, is eligible for EU Emergency Trust Fund support. The fund targets specific African nations to create economic opportunity meant to curb migration flows, which is one of the priorities that Barrow campaigned on.

An EU technical mission is visiting Banjul to identify and discuss medium and long-term initiatives that will be funded with the additional €150 million.