Home>News>Rockets aimed at Israel draw new attention to Islamic State in Egypt
By AT editor - 10 February 2017 at 6:47 am 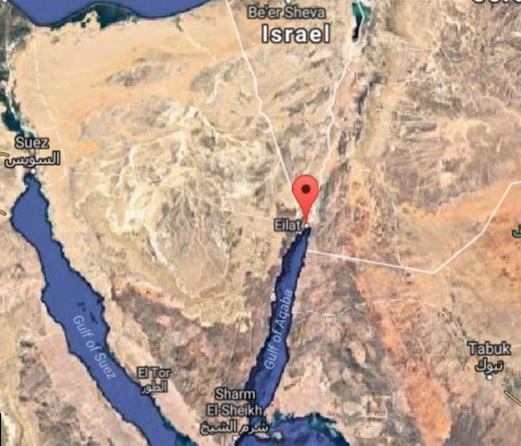 The Islamic State affiliate based in Egypt’s Sinai region claimed responsibility Thursday for rockets launched at the Israeli resort city of Eilat the previous night.

The Wilayat Sinai jihadists said they were behind the attack on the Red Sea coast; in an online statement, they warned that the rockets were meant to “teach the Jews and the Crusaders that a proxy war will not avail them of anything” while adding the threat of future attacks.

Most of the rockets were intercepted, and there were no reports of serious injuries.

Israel did not strike back, the Jerusalem Post reported, because of the expectation that Egypt’s military would do so instead. Yet witnesses report that an Israeli air strike killed two people at a border tunnel between Gaza and Egypt in an attack that, according to Al Ahram, came just hours after the rockets were launched on Eilat.

Avi Issacharoff, writing this week for The Times of Israel, said dozens of members of the Hamas military wing, including its some of its most elite fighters, are now in the Sinai.

“These defectors include a number of Hamas’s experts on operating anti-tank missiles and assembling roadside bombs, who have provided substantial assistance to IS in its war against the Egyptian army,” Issacharoff said.