Home>News>SA opposition condemns use of riot police, brawl during Zuma address
By AT editor - 10 February 2017 at 4:13 am 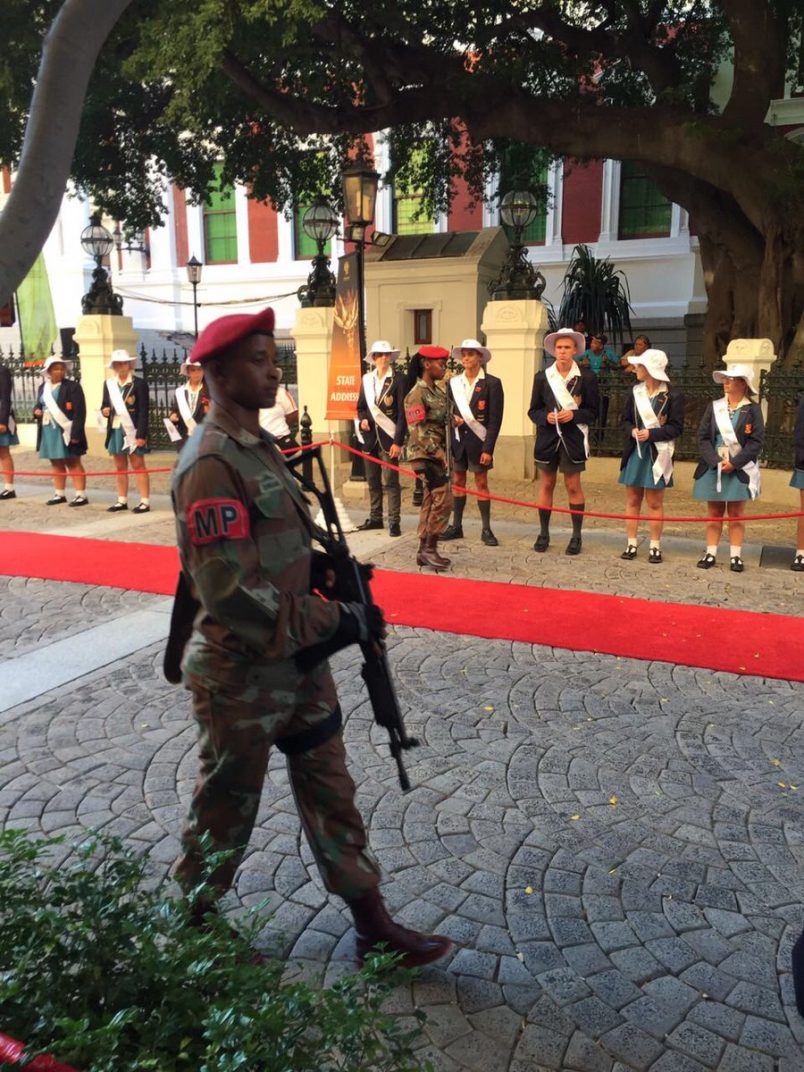 The main opposition party to President Jacob Zuma’s African National Congress in South Africa has condemned the violence and disorder that broke out in Parliament chambers during the president’s State of the Nation address, saying it is the direct result of a corrupt ANC trying to cling to power.

“The army and riot police were deployed to bully Members and journalists, pepper spray was used in the Parliamentary chamber, and Members of Parliament were physically assaulted and removed from the chamber,” said the Democratic Alliance (DA), led by Mmusi Maimane, in a statement.

“We unequivocally condemn the deployment of the army and riot police inside the precinct of Parliament,” the message concluded. “We must now take legal action to ensure that security forces are never used in Parliament again. Tonight showed that such action is now essential.”

The DA plans a 10 a.m. press conference on Friday to further discuss plans following the episode.

Zuma’s 2017 speech, an otherwise perfunctory recap of energy plans, infrastructure, foreign affairs and other matters, was for the second year in a row disrupted by heckling MPs and a brawl inside the Parliament building.

Mbuyiseni Ndlozi, an Economic Freedom Fighters (EFF) MP and spokesman for the party, was removed with other EFF MPs after leading protests in chamber that prevented Zuma from speaking. The presence of security officers, said leading DA member John Steenhuisen, was in violation of law and court orders.

The DA members walked out of the address, joining tense crowds facing off with riot police outside. There were no immediate reports of injuries.

The plans for a military presence at the address also were condemned by a South African defense forces union spokesman, who claimed the deployment was unconstitutional and a political abuse of the soldiers, ENCA reported.