Home>News>Nigeria: Amid swirling health rumors, Buhari may return this weekend
By AT editor - 11 February 2017 at 7:54 am 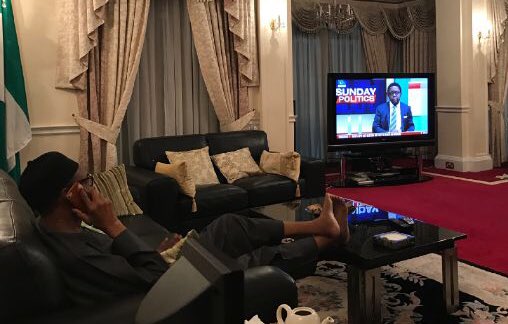 Nigerian sources say they are expecting President Muhammadu Buhari to return home after an extended visit in London that has caused much public speculation about his health.

Activity at the president’s Aso Rock villa suggested that his return is imminent, as aides prepared for Buhari to arrive as early as Saturday, the Nigerian Tribune reports.

The 74-year-old Buhari left on January 19 for a vacation in the United Kingdom, and was expected to return after a 10-day stay. He subsequently notified Nigeria’s National Assembly in writing that his return was delayed as he waited for medical tests to be completed.

“The mongers have brought emotional pain and torture not only to the members of the president’s immediate family, but to his friends, associates and indeed many Nigerians who had been distressed by the evil rumor,” said group chairman Charles Sylvester in a statement Friday.

Clamor over Buhari’s whereabouts led the president to release photos to verify his well-being, including social media posts about official meetings. The Senate President also confirmed that he’s spoken with Buhari this week.

Nigerians at 350 different mosques said prayers for Buhari on Friday, at the request of a government official.