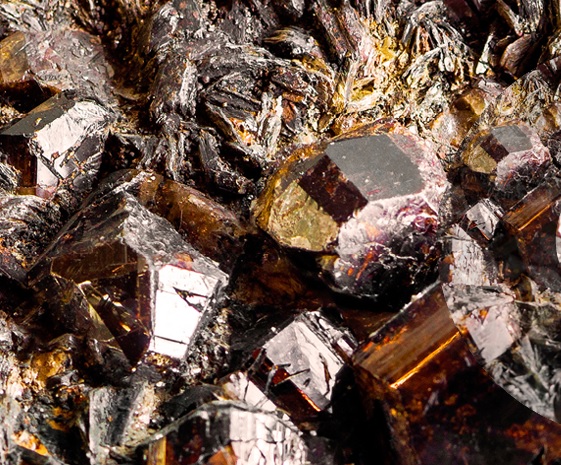 The news that a provision of United States law requiring companies to report “conflict free minerals” information will be lifted by President Donald Trump’s executive order has been met with dismay by human rights organizations and activists. Yet are the conflict free rules really helping in the Democratic Republic of Congo?

This section of the 2010 Dodd-Frank Act requires any firm whose products are made with one of four inputs – the 3TG minerals of tantalum, tin, tungsten, or gold so common in the tech industry – to file a disclosure with the U.S. Securities and Exchange Commission identifying the countries of origin for the materials and the due diligence to confirm the information. That disclosure, in the interest of transparency, must then be publicly posted online.

The Section 1502 rule specifically targets Democratic Republic of Congo and its adjoining countries. They include, among others, Burundi, Central African Republic, Rwanda and South Sudan. The rule is similar to a new European Union measure also aimed at ensuring that armed groups no longer control mineral operations that finance them.

“Minerals such as tin, tantalum, tungsten and gold are used in the production of everyday products such as mobile phones, cars and jewelry,” said Cecilia Malmström, the EU Commissioner of Trade. “However, exports of those minerals have also, throughout history, been known to finance wars and human rights violations across the globe.” EU companies will need to import their raw material sources responsibly, she explained, and ensure they do not take part in “the despicable business of financing war.”

The American rule includes language permitting the president to suspend its provisions for two years, which is the time frame Trump is reportedly considering, and that’s not entirely unwelcome news for companies who have been required to file reports since 2014 and find compliance an undue and overwhelming burden. Others have argued that the Section 1502 rule is well-intended but its implementation brought unintended consequences without delivering real benefits to the Congolese.

Impact in the DR Congo

“Despite successes of activists in shaping policy, the conflict minerals campaign fundamentally misunderstands the relationship between minerals and conflict in the eastern DRC,” explains a September 2014 letter signed by 70 academics, activists, researchers and media professionals.

Many of them were Congolese MPs, trade union leaders, NGO heads and academics who said the conflict free “brand” succeeds in making progress for global consumers who want more ethical products, but fails to improve the lives of the Congolese people – and to the contrary, is causing more economic harm.

Chief among the objections is that the Congolese themselves, particularly in the mining regions of North and South Kivu, were not included in any meaningful sense when dialogues to develop the rules were held and did not fully understand the implications. Although an estimated USD$24 trillion in 3TG mineral wealth is in the country that the poorest Congolese call home, and there is no question that they have suffered through decades of conflict, human trafficking and organized crime, they have felt voiceless.

Many of them also found themselves jobless. An estimated 2 million Congolese worked in what the United Nations described as “the largest artisanal mining workforce in the world” in a 2011 report. The economic impact was anticipated by Congolese researchers in Goma who, seven years ago, warned that it would be irresponsible for international lobbyists to insist on a boycott “without offering any concrete proposal for the injection of new life into the local economy, or some other alternative measures.”

Critics have said the Dodd-Frank rule acts as a de facto boycott, and may actually increase the risk of violence in regions that have known conflict for decades. That now comes at a time when the political crisis over President Joseph Kabila’s term limits, and the recent death of opposition leader Etienne Tshisekedi, cast long shadows over negotiations in DR Congo. One point made by those who have opposed the U.S. conflict free reporting requirements is that they are based on the false, simplistic assumption that mineral wealth is the only reason for Congolese conflict.

Transparency from the top down

What’s often overlooked in the dispute between hardworking, conflict free mineral advocacy groups like Enough Project, and those who think Section 1502 and similar initiatives hurt Congolese, is the role of the Kabila government, DR Congo’s own companies, and the pervasive culture of corruption and impunity.

A 2016 investigation by Bloomberg makes no pretense of avoiding this question: Is Kabila’s refusal to step down tied to his own mine holdings, his family’s extensive assets and those of his friends? From diamonds, cobalt and copper, to banks and agricultural land, the Kabila family has built up an empire that’s defined by a lack of transparency that even the International Monetary Fund has been forced to deal with. The IMF cut off loans in 2012 because the government withheld information about a copper mine owned by the family.

Three years before that, DeBeers – which had been negotiating with Kabila’s wife over a diamond mine – left the country entirely. The company had “concluded that the business operating environment was not one in which De Beers would be comfortable to operate in,” they said.

So it’s hard to imagine how even well-conceived conflict free minerals rules will achieve their goals in a country where leadership appears just as likely to engage in illicit practices, and a lack of transparency, in a country marred by political violence. Neither the implementation of Dodd Frank rules, nor a Trump removal of them, is healing the DR Congo.

“If the criteria for ‘conflict-free’ mines is merely that their profits not go to armed groups, then this framework sets the bar for accountability not too high—as critics on the right have argued—but far too low,” wrote Colin Kinniburgh in 2014.

“Conflict free” does not mean free of child labor, health hazards, environmental damage, and poverty wages, he added. Nor does it mean free of corrupt privatization deals and land grabs, none of which will change until transparency in Congolese leadership is achieved and a more ethical business culture in a “conflict free country” begins to emerge.