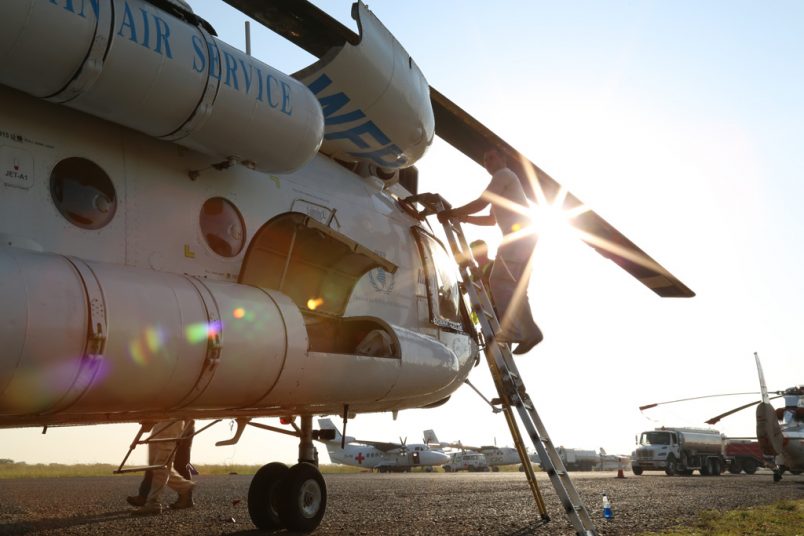 As the humanitarian situation in South Sudan further deteriorates, the United Nations and partner organizations are appealing for help in dealing with the looming risk of famine and the ongoing suffering.

Humanitarian groups estimate there are now 7.5 million people across South Sudan needing assistance and protection. The conflict that began in December 2013 has sent an estimated 3.4 million people fleeing their homes, including nearly 1.9 million internally displaced people (IDPs) and about 1.5 million people who have sought refuge in other countries.

Conflict-related atrocities are reported, including widespread sexual violence, the United Nations said in a statement describing the concerns driving an urgent USD$1.6 billion appeal for funding.

The dry-season timing is critical because by May – in a typical rainy season – roads become impassible, complicating both the cost and logistics of transportation to deliver supplies and services.

“The humanitarian situation in South Sudan has deteriorated dramatically due to the devastating combination of conflict, economic decline and climatic shocks,” said Mr. Eugene Owusu, the U.N. Humanitarian Coordinator for South Sudan. “In 2017, we are facing unprecedented needs, in an unprecedented number of locations, and these needs will increase during the upcoming lean season.”

A comprehensive  2017 Humanitarian Response Plan will marshal the resources of 137 aid organizations, including 62 South Sudanese NGOs, an equal number of international NGOs, and 12 different entities within the United Nations itself.

Owusu said the plan’s immediate goal is to save lives, while protecting human rights and supporting the future of at-risk communities.