Home>News>Egypt: Annual AFTE report details repression of journalists, artists
By AT editor - 16 February 2017 at 6:55 am 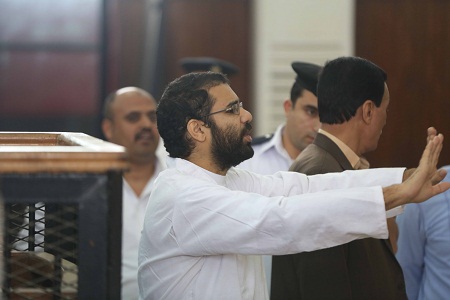 There were 438 reported cases of interference with media professionals across Egypt in 2016, according to a new report from the Egyptian Association for Freedom of Thought and Expression (AFTE).

The annual report on Egypt’s climate of repression found that journalists across the country’s 22 provinces were among the most vulnerable targets, with 193 complaints filed because of interference with journalists trying to do their jobs, and 62 cases of journalists being detained while they were reporting.

Egypt’s House of Representatives was among the biggest offenders, AFTE said, with 30 cases of journalists who said they were prevented from doing their jobs, including incidents when they were stopped from broadcasting meetings or specific journalists were forbidden to cover them.

The report notes an unprecedented May 2016 raid on the Journalists Syndicate headquarters in Cairo and arrest of two journalists that have attracted widespread attention from human rights groups.

The AFTE report also looks at freedom of creative expression, in cases ranging from the deletion of scenes from publicly televised programs to specific incidents involving artists whose works express political or social commentary. There were 78 violations in what researchers said was the worst year for freedom of expression in the arts.

A section on digital rights noted 28 arrests made because of Facebook posts, with an additional 18 cases of crackdowns at Egyptian universities.

To read the entire AFTE report, see this link.