Home>Articles>Kenya: Court expected to hear voter registration challenge on Thursday
By AT editor - 16 February 2017 at 5:33 am 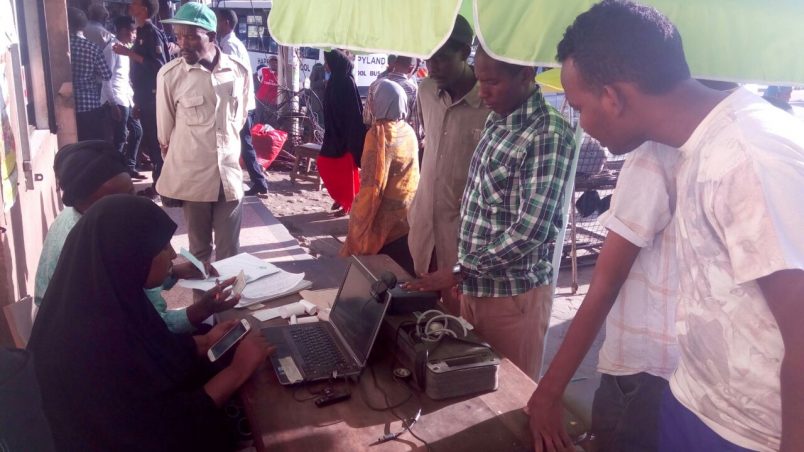 Kenyans have until the end of the day on Thursday to register to vote and be eligible to participate in the August 8 election, after a decision by the country’s High Court extended a registration deadline until a legal challenge is reviewed. Those registrations were to have closed on Tuesday.

The temporary order kept registration open until a case, brought by Kenyan activist Okiya Omtata, is expected to be heard today. Omtata argues that under Kenya’s 2011 Elections Act, eligible voters may register until two months before the day of the election, meaning that the Kenyan authorities are cutting off registrations a full three months too soon.

Omtata wants a court ruling to keep the registrations process open. According to the Daily Nation in Nairobi, he also wants the electoral commission to release status reports on the number of voter registrations, the total eligible population and other data to keep the process open and transparent.

Kenya’s Independent Electoral and Boundaries Commission (IEBC) planned to increase participation with between 4 and 6 million new registrations, in addition to the nearly 16 million voters already on the books. “This will be the last opportunity for eligible Kenyan citizens to register as voters,” the IEBC said.

Kenyans flocked to meet the deadline on Tuesday, hoping to register before the cutoff in a process that has seen the IEBC promise of impartiality challenged by opposition politicians and activists who, like Omtata, think supporters of President Uhuru Kenyatta are shown favoritism. Pro-government regions have no trouble getting necessary ID cards, he said, but they’re withheld in other districts.