Home>News>South Africa: Six die in methane leak accident at Durban naval base
By AT editor - 17 February 2017 at 7:18 pm 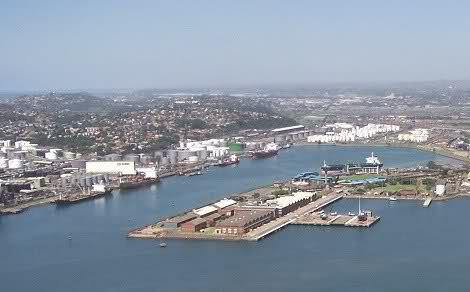 Six people have died following a methane gas leak at a South African naval base in the port city of Durban.

The bodies of the victims, all men, were discovered in a sewage system at the Salisbury Island facility, where contract workers had been working in the partially flooded pit. Three contractors who were underground at the time were overcome by the gas leak; they died, as did three military personnel who were trying to rescue them.

A spokesman for the South African National Defence Force (SANDF) said the Department of Public Works contractors were heard desperately calling for help from the sewage pit, and the SANDF members who heard them responded but did not survive.

“Our men should be remembered as heroes for what they did,” said Mafi Mgobozi, the SANDF spokesman.

Another 24 people were injured in the incident and taken to the hospital. Authorities had not released the names of the victims by Friday evening, but expressed their condolences to the families of the victims. The accident remains under investigation.

It was a difficult week for South African soldiers‚ who lost a SANDF member in an earlier truck accident. Then‚ the Herald reports, another SANDF member drowned Wednesday while swimming in the sea off Durban’s main beachfront.

Significant project work has been done at the Salisbury Island facility in recent years, as the South African government completes upgrades to the base.