Home>News>UN report on Libya trials calls for Gaddafi's son to stand before ICC
By AT editor - 22 February 2017 at 7:48 am 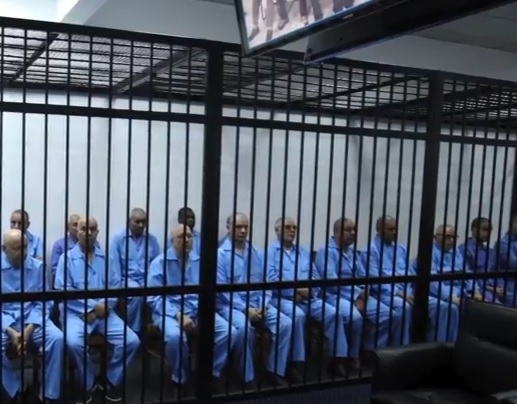 A report on the trial in Libya of members of the former regime led by Colonel Muammar Gaddafi details flaws in the process that the Office of the UN High Commissioner for Human Rights (OHCHR) and the UN Support Mission in Libya (UNSMIL) urge authorities to address.

The report issued by the agencies emphasized the problems meeting international fair-trial standards, with serious violations of due process, long detentions and allegations of torture. At the same time, the OHCHR acknowledged the legitimate attempt to hold actors accountable for human rights violations that occurred during the 2011 revolution that ended Gaddafi’s regime.

“This trial was a missed opportunity for justice and for the Libyan people to have the chance to confront and reflect on the conduct of the former regime,” said UN High Commissioner for Human Rights Zeid Ra’ad Al Hussein in a statement.

The 37 members of the former regime under trial included Saif al-Islam Gaddafi, former intelligence chief Abdullah al-Senussi and former Prime Minister Al-Baghdadi al-Mahmudi. According to the UN, six defendants were sentenced to death, eight were given life sentences, 15 got jail terms of five to 12 years, four were acquitted on all charges, and one was referred to a mental health institution.