Home>News>Czech minister to visit Sudan, appeal for amnesty in Jasek case
By AT editor - 24 February 2017 at 7:16 am 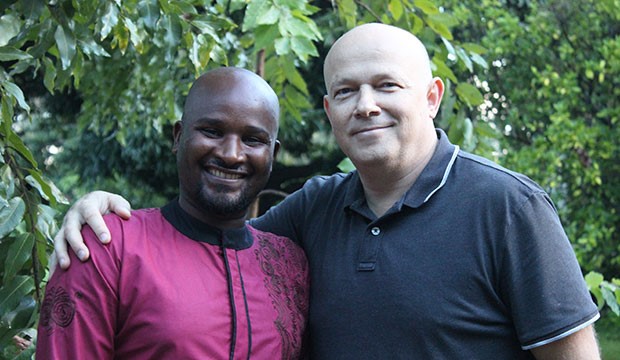 Sudan will host the Czech foreign minister in Khartoum on Sunday, where he is expected to appeal for amnesty in the case of Petr Jasek, a missionary sentenced by a Sudanese court to life in prison after he was accused of spying.

Foreign Minister Lubomir Zaoralek will meet with Sudanese Foreign Minister Ibrahim Ghandour to discuss a range of issues including the Jasek sentence, which was handed down at the end of January.

Jasek was accused of espionage and subversion, and according to the Sudan Tribune, was accused of working with “an American organization hostile to Sudan” to disseminate false reports about Christian persecution. Jasek has been in prison since December 2015.

The Czech government has said it will do all it can to secure amnesty for Jasek and his release, and Zaoralek has been expected to travel to Khartoum to negotiate on behalf of the medical missionary and filmmaker.

Nearly 500,000 people from across the world have signed CitizenGo petitions calling for Jasek’s release. The first campaign drew 388,000 signatures, and the current one stands at more than 100,000.

The petitions are sent to the United Nations Commission on Human Rights and to the Sudanese government, according to Czech media.

In October 2016, the European Parliament condemned the detention of Jasek and urged the Sudanese government to release the rights activists and respect freedom of religion.

Three Africans also were charged in the case. Sudanese Church of Christ Pastor Hassan Abduraheem and Abdulmonem Abdumawla were sentenced to 12 years in prison for offering criminal assistance to Petr and inciting hatred against religious communities. Pastor Kuwa Shamal also was arrested but released.

The men reportedly were raising funds and providing medical assistance to a burn victim that Abduraheem had been supporting, according to Christian advocacy organization Release International.