Home>News>Kenyans in South Africa join the list of wary, frightened foreigners
By AT editor - 27 February 2017 at 8:04 am 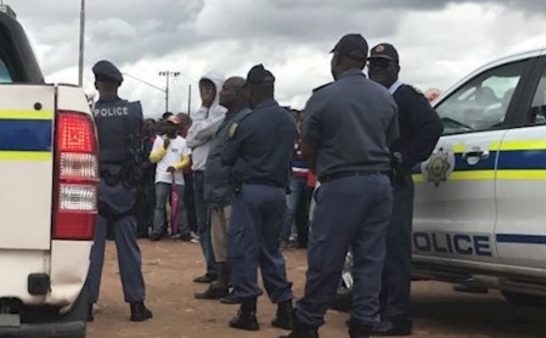 Kenyans have joined the list of foreigners living in South Africa who feel they may be targets of angry and xenophobic protesters, and are avoiding the danger of violent protests and street riots.

The Kenyan government is monitoring the situation on behalf of its citizens, the Daily Nation reports. Monica Juma, the principal secretary for Foreign Affairs, said there were no reports yet of attacks on Kenyans, but that citizens living there are warned to remain vigilant.

Many of them have witnessed the violence directed at Nigerians and erupting across the last week in Pretoria, in what is the latest episode of South African mobs attacking foreigners and their property. In previous years, immigrant workers from several countries — Zimbabwe, Malawi and neighboring Lesotho are among them — have been targets of the economic frustration and anger over inequalities among South African citizens.

With Nigerians now the targets, their country has asked for the African Union to step in. South Africa’s Human Rights Commission also has asked authorities to prevent further violence, while Amnesty International has insisted on protections for migrants targeted by the angry mobs.

“South African authorities have largely failed to address the outbreak of xenophobic crimes that has been seen in the country since at least 2008 and bring those responsible to justice,” said Deprose Muchena, Amnesty International’s Director for Southern Africa.

“Authorities have a duty to ensure effective strategies are in place to protect refugees, migrants and asylum seekers in South Africa against xenophobic attacks.”