Home>News>Morocco announces withdrawal from Western Sahara border region
By AT editor - 27 February 2017 at 6:29 am 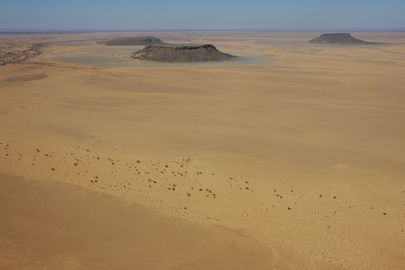 Morocco announced it will withdrawal forces from the Guerguerat region of Western Sahara, a move expected to reduce tensions between the government and armed elements of the Polisario Front maintaining their decades-long call for an independent state.

Reuters reports the decision came just days after a phone call between King Mohammed VI and Antonio Guterres, the United Nations Secretary General. Morocco’s decision on a unilateral withdrawal was quickly welcomed by France as “an important step that eases the situation,” according to Moroccan media.

Guterres issued a statement on Saturday that called on both sides to take immediate action to reduce escalation in Guerguerat, which is in a buffer strip between the Mauritanian border and Moroccan territory monitored by the UN Mission for the Referendum in Western Sahara (MINURSO).

A statement issued by Stéphane Dujarric, a spokesman for Guterres, said the opposing forces held positions close to each other there, as they have since heightened tensions last summer.

“The Secretary-General strongly urges the parties to unconditionally withdraw all armed elements from the Buffer Strip as soon as possible, to create an environment conducive to a resumption of the dialogue in the context of the political process led by the United Nations,” the statement said.

Guterres also stressed there should be no interference with commercial traffic, seemingly a reference to the Polisario Front forces blocking Moroccan trucks en route to Mauritania.