Home>News>Algeria: Ailing President Bouteflika marks 80th birthday
By AT editor - 2 March 2017 at 6:56 am 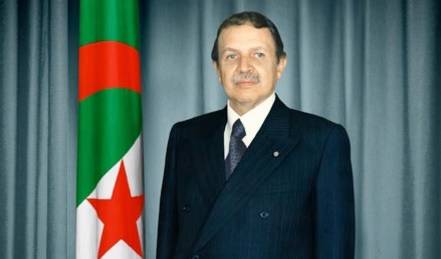 With Nigerian President Muhammadu Buhari in London and President Robert Mugabe of Zimbabwe in Singapore – both reportedly seeking health care in the high-profile spotlight – it’s little wonder that less attention has been focused on Abdelaziz Bouteflika, the president of Algeria.

Bouteflika celebrates his 80th birthday on Thursday, amid new questions about his health. He was scheduled to host German Chancellor Angela Merkel on February 20 for a two-day visit centered on curbing North African migration to Europe, but that visit was canceled at the last minute.

Merkel’s plane was set to take off from Berlin, according to Deutsche Welle, and the airport in Algiers was prepared to receive a foreign head of state when the abrupt notice came that Bouteflika had severe bronchitis. It was the latest episode to suggest that the president, who has rarely been seen in public since he suffered a stroke in 2013, has become more fragile in his advancing years.

The Algerian president has been in power since 1999, and is the country’s longest running president since independence in 1962. His health issues, however, now span more than a decade in which Bouteflika has traveled to France for medical care, on occasion – as is often the case with African leaders – sparking rumors and speculation that he had died. Recent political developments and power struggles have raised questions about his capacity to lead Algeria and fueled the suspicions about who really is.

Despite the latest episode, a National Liberation Front official told reporters on Sunday that the president is “doing well” and carrying out his normal schedule.