Home>Commentary>After Etienne: Is Congolese opposition ready to move forward?
By Laureen Fagan - 5 March 2017 at 8:16 am 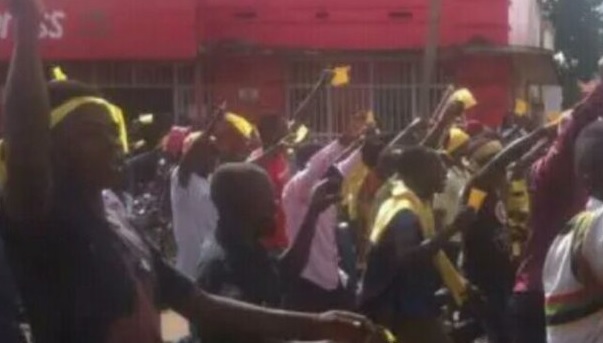 The death of longtime opposition leader Etienne Tshisekedi on February 1 has left the opposition coalition in Democratic Republic of Congo (DRC) no choice but to reorganize – a process that in recent days has been contentious enough to cast a shadow on the future of the Rassemblement coalition, at a pivotal time in negotiations with President Joseph Kabila and his government.

As the nation prepares for the repatriation of Tshisekedi’s body from Belgium on March 11, comes the news that his son Felix will take over in a newly configured leadership of the opposition coalition. The younger Tshisekedi will serve as the political president of Rassemblement, while a second position of strategic presidency will be filled by Pierre Lumbi, a former minister and advisor to Kabila.

The coalition originally formed in June 2016 in order to present a unified front in challenging Kabila’s decision to seek a third term in office, in violation of the Congolese constitution. It included the Union for Democracy and Social Progress (UDPS) party with 84-year-old Etienne Tshisekedi as leader, along with Dynamic Opposition and the G7 group of smaller opposition parties, whose members balked at Kabila’s plans to seek a third term and left the majority government.

Kabila’s decision ultimately led to postponement of November elections and the president remains in office beyond the December 19 end of his mandate. It also led to deadly protests among the Congolese.

As the international pressure to resolve the political impasse mounted – along with concerns that the DRC was spiraling deeper into electoral violence and repression – the role of the influential Conférence Episcopale Nationale du Congo (CENCO) took on new importance. The CENCO delegation, led by Archbishop Marcel Utembi, announced on December 31 that it had successfully negotiated with Kabila’s government a one-year transitional agreement that would lead to new elections.

Etienne Tshisekedi was to lead that transition, but the deal was already fragile when he died.

While the promised deal was a welcome development, its execution was already in question two weeks later. Hervé Ladsous, head of the United Nations peacekeeping operations, warned during a United Nations Security Council meeting on January 11 that any progress on the political crisis in the Democratic Republic of Congo (DRC) risked a reversal if the deal isn’t signed and implemented by all parties.

His warning echoed that of the United Nations High Commissioner for Human Rights, whose office had issued a statement the previous week urging Kabila to publicly endorse the CENCO-brokered deal.

Since Tshisekedi was supposed to lead the Rassemblement transition team through the one-year negotiations leading up to new elections, his death threw the process into even more confusion. While the announcement of new Rassemblement leadership is a step toward achieving the transitional agreement goals, there’s no guarantee that Kabila will honor the deal anytime soon – and in the meantime, the newly announced leadership decisions have led to internal dissent among opposition members and the removal of at least one UDPS member from the party itself.

On Saturday, UDPS deputy secretary-general Bruno Tshibala was dismissed after he contested the decision to appoint Felix Tshisekedi and Lumbi in the co-president positions. That decision itself was considered a political compromise aimed at keeping the coalition together, while mitigating any negative impact of the younger Tshisekedi’s lack of political experience. It was disputed by Tshibala, who announced an alternative appointed leader on Friday, adding to turmoil in the Rassemblement ranks. At least three of the opposition parties in the coalition have objected to the new leadership appointments.

“Where else in the world would someone be put in charge of such an important process… who has only been in the opposition for seven months,” coalition member Joseph Olenga Nkoy told BBC Afrique. For their part, on Saturday the CENCO bishops said they have met with Rassemblement leaders, but denied claims they had refused to meet with Olenga Nkoy, the alternate president favored by Tshibala.

The CENCO meeting with Felix Tshisekedi and Lumbi occurred Friday in Kinshasa, according to Radio Okapi. It included the handoff of a controversial letter from Etienne Tshisekedi, written before his death, indicating his decision on who the prime minister should be under the new power-sharing agreement that is part of the deal the CENCO bishops negotiated with Kabila – and to whom the letter is destined.

Another position, that of Coordination Committee head, may go to the Dynamic Opposition party leader – although that leader, Martin Fayulu, rejected the Lumbi choice and told Reuters that the Congolese people were “not going to be happy” to learn that the Rassemblement leadership decisions were not made by consensus.

Adding to the chorus of voices is Moise Katumbi, the former Congolese politician living in exile in Belgium. Katumbi, who was himself an opposition presidential candidate at one point last year, issued a statement Saturday in support of Felix Tshisekedi and Lumbi – with a pointed reminder that the Rassemblement coalition is meant to advance a platform and not political personalities, who are free to leave the opposition movement if they oppose the nominations.

Katumbi further called on all parties in the DRC to focus on the December 31 agreement, and to move forward with a sense of urgency. Yet any progress requires the commitment of Kabila himself, who has not appeared concerned about new elections anytime soon, and whose government recently announced it cannot afford the expense of holding them.

Despite the sadness, Katumbi said, of the death of Etienne Tshisekedi, the country needs to stay the course he envisioned. The Rassemblement coalition cannot afford to remain long in the current chaos of internecine battles related to its reorganization, and neither can the Congolese people wait much longer for the constitutionally mandated elections that will end Kabila’s power play and move the nation toward peace.