Home>News>Ghana welcomes African leaders for 60th anniversary celebrations
By AT editor - 6 March 2017 at 6:55 am 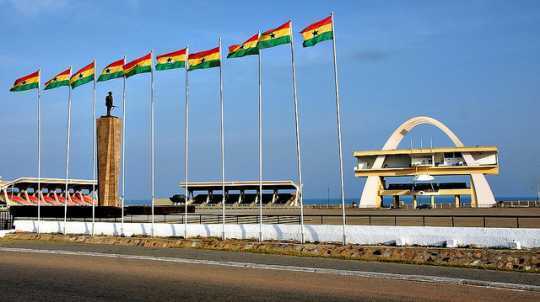 Ghanians celebrate the 60th anniversary of the nation’s independence Monday, with events that include the 6th March Parade at Independence Square in Accra.

The day celebrates the country’s 1957 independence from Britain, a milestone considered the first for sub-Saharan nations on the African continent and an achievement that advanced the end of colonial rule for other nations as well.

Attending this year’s special celebrations are the heads of state or their delegations from at least 10 other countries, including Mali, Sierra Leone, Algeria and Nigeria. President Robert Mugabe of Zimbabwe was among those traveling early Monday to attend the independence celebrations.

“His Excellency, the President, was invited as a special guest and of course you know how we have always had close relations with Ghana as a country,” said Foreign Affairs Minister Simbarashe Mumbengegwi, who confirmed Mugabe’s travels to Nehanda Radio. “Ghana has that distinction of being the first Sub-Sahara African nation to achieve independence 60 years tomorrow (today).”

South African President Jacob Zuma said he had spoken to President Nana Akufo Addo of Ghana by telephone on Sunday and extended his congratulations as well. In his statement, Zuma noted the inspirational role Ghana provided for South Africans seeking their own independence.

“In his famous speech in 1957, Kwame Nkrumah indicated that the independence of Ghana would be meaningless unless it was linked to the total liberation of Africa,” he said, referring to the first leader of an independent Ghana.

President Adama Barrow of The Gambia also is expected to attend Monday’s events.