Home>News>UN Security Council visits Niger, wraps up Lake Chad tour in Nigeria
By AT editor - 6 March 2017 at 7:31 am 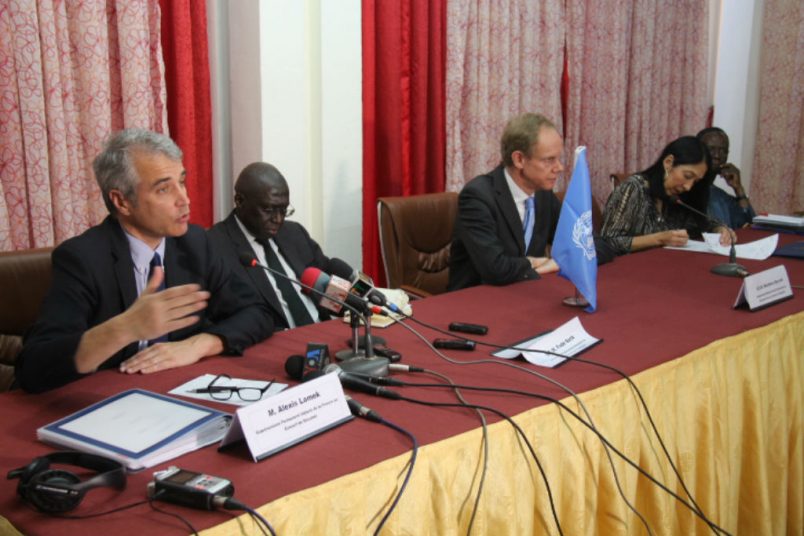 For the first time, the United Nations Security Council has visited Niger as part of its tour of the Lake Chad region to focus on humanitarian needs driven by the fight against Boko Haram.

In Niamey, Ambassador Matthew Rycroft of the United Kingdom and current UNSC president, promised solidarity with the people of Niger and support for their efforts in dealing with a humanitarian crisis.

Rycroft and the council members met with President Mahamadou Issoufou, and discussed critical needs with UN agencies and partners, particularly those serving in the region of Diffa along the Nigerian border. Last summer, tens of thousands of people fled Diffa as Boko Haram flooded the desert town from Nigeria, the UN said.

Speaking to the Council during its visit, the UNDP Resident Representative and Resident Coordinator, Fodé Ndiaye, said survivors of Boko Haram violence are being hosted by other poor and vulnerable communities.

The Diffa region currently hosts over 240,000 internally displaced persons, refugees and returnees – including 160,000 children. In areas affected by the violence in Niger, Nigeria, Chad and Cameroon, 2.3 million people are now displaced, according to UNICEF.

The Security Council tour also included the troubled Maiduguri, in Borno state in northeastern Nigeria. There, the council members planned meetings with local officials and civil society representatives, and a visit to a camp for internally displaced persons.

The Council members will also visit Abuja, where they will meet with acting President Yemi Osinbajo.