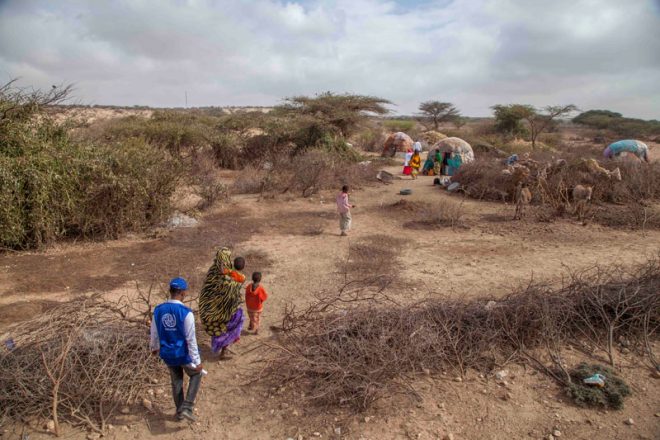 There are 6.2 million Somalis who need assistance, and 3 million of them need urgent life-saving relief, according to UNSOM. The International Organization for Migration reports that wages are down, food and water prices are soaring, and Somalis are moving in search of scarce resources.

More than 100 people in a single region died in just two days last week, and the UN estimates that 185,000 children under the age of 5 – among nearly a million who are severly malnourished – will risk death without immediate medical attention.

The situation has become “significantly worse in the last six months,” said Joseph Contreras, a UNSOM spokesman. He said that unlike the 2011 drought that affected a specific region, this episode has put more people at risk across Somalia.

Farmajo declared a disaster status for Somalia on February 28.