Home>African Future>Zim creatives work to save MotoRepublik startup hub from Harare demolition
By AT editor - 9 March 2017 at 10:49 pm 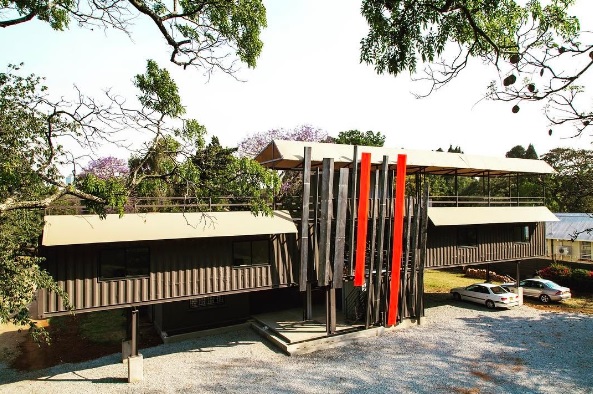 Zimbabweans poured out their anger on social media Thursday after hearing news that the City of Harare plans to shut down MotoRepublik, billed as the first co-working space for creatives in Zimbabwe.

The arts and tech hub on Milton Avenue in the Harare Central district is home to Internet startup offices, studio space for musicians and artists, and youth programs in citizen journalism – but it’s also housed in artistically designed and repurposed shipping containers that the city now says are in violation of a municipal bylaw.

Yet occupants of the building include the Magamba Network startup, which focuses on using the arts to advance social justice, a sustainable economy and democratic freedoms among Zimbabwe’s youth. The hub is home to an independent media outlet and a news satire production popular with young leaders, but perhaps less so with Zanu PF politicians.

The satire program is described as “a witty and brave parody of the relentless propaganda churned out by the state-controlled Zimbabwe Broadcasting Corporation,” and has been featured on international news programs.

“Our plans are approved by the City of Harare yet still they come to demolish us,” said MotoRepublik founder and artist Samm Farai Monro, in one of many social media messages. “Why destroy a space that inspires our youth?”

In a statement, MotoRepublik said they had filed all necessary paperwork, had plans approved and paid all permit fees. They also asked for community support – and the #SaveMotoRepublic campaign has taken off since.

“A progressive city in its right mind would not demolish an ecosystem that attracts human and social capital,” said a supporter in Cape Town, South Africa.

The City of Harare confirmed its decision in a Facebook post that sparked the ire of many residents who wondered why – in these difficult times for Zimbabweans – resources were committed to destroying a hub for innovation and inspiration.

“Out of all of the issues in the city, potholes, litter, no street lights, no running water, no jobs,” wrote one. “You seem to have your priorities wrong. Moto Republik is constructive and doing good for many young Zimbabweans especially creatives.”