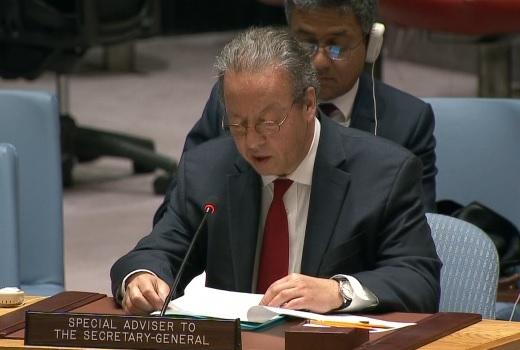 Burundi Vice President Gaston Sindimwo said Thursday that his government plans to ask the United Nations to remove all its personnel and replace them because the UN and outsiders are “the source of all the problems Burundi is going through.”

Sindimwo, speaking at a site for internally displaced Tutsis in central Burundi, said UN staff members are corrupt and their accusations against President Pierre Nkurunziza and his government are false reports, the African News Agency said.

“The problem is that when the UN Secretary says anything about Burundi, you people, you innocently tend to agree to it,” Sindimwo said. “In the coming days we will ask him to change all his entire staff based in Burundi so that we build our relations on the new foundations.”

His comments came as UN envoy Jamal Benovar delivered a comprehensive Secretary General’s report on Burundi and a briefing to the United Nations Security Council on Thursday. The report detailed concerns over human rights violations, the Burundi refugee situation, and the failure of regional dialogue to yield a resolution.

Despite the best diplomatic efforts, “the doors to engagement and cooperation have been largely shut” by Burundi authorities.

“The political impasse has only deepened. Political space has been narrowed further through repression,” Benovar said.

He also commended neighboring countries for their generosity in hosting refugees, who are expected to number a half million by the end of the year.