Home>News>AU Commission ceremony to mark official leadership change
By AT editor - 14 March 2017 at 9:38 am 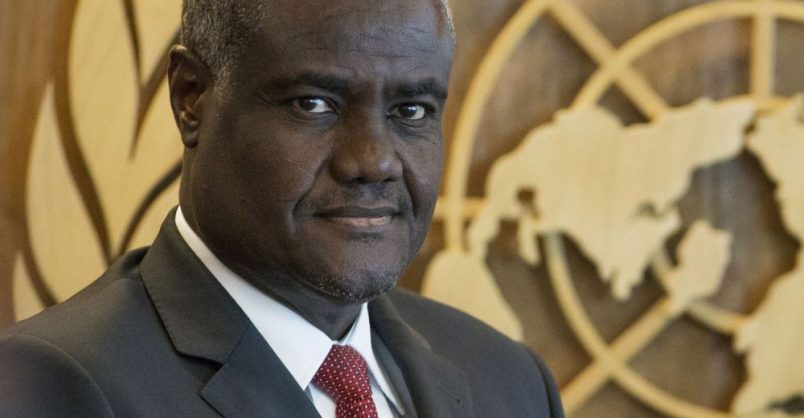 Moussa Faki, the foreign minister of Chad who previously served as the nation’s prime minister, has said he will make the peace and security issues of South Sudan and Democratic Republic of Congo among his top priorities.

He campaigned successfully on his experience, which includes diplomatic and leadership roles on regional conflict and terrorism affecting Chad and its neighbors, but also peace and security initiatives through international bodies including the United Nations and the African Union.

“Africa has the means,” he says of both the continent’s resources and its financial challenges. “What we need is the will.”

The new chairman has stressed that the African Union has evolved into its true leadership role on the continent, and it also needs to move forward with a pan-African mission that includes unified approaches to employment, training and education, as well as economic advances through open borders and movement among African nations.

It is his hope that by creating more opportunities for women and youth, African nations will curb both the human and economic toll of migration.

Moussa Faki, who has seen climate impacts and related conflict across the Lake Chad region – particularly where water and food insecurity are concerned – said during the candidates’ debate in December that sustainability also will be a top priority.

The official handover ceremony is scheduled for 3 p.m. at the African Union headquarters.