Home>Finance & Economics>US looks at steep foreign aid cuts under Trump budget proposal
By AT editor - 16 March 2017 at 7:57 am 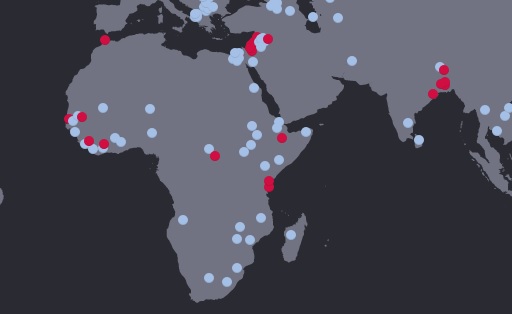 United States President Donald Trump and his administration plan a nearly 30 percent budget cut to the U.S. Department of State and USAID programs, the Wall Street Journal reports. Those cuts, part of a first look at the 2018 budget, will be announced later on Thursday.

That may mean some steep cuts in foreign aid, which amounted to USD$36.5 billion in 2017 through more than 20 different U.S. agencies, including the Department of Defense, U.S. African Development Foundation, the Peace Corps and other programs.

In addition to continental support for the African Union, Power Africa and regional programs, there is a USAID presence in dozens of countries. They include maternal health funding in Tanzania, post-conflict children’s education support in Mali, malaria prevention in Madagascar and training programs for women to enter political life in Sierra Leone.

Trump, who has championed a more protectionist stance for the U.S., wants to increase military spending while slashing costs in other areas. Questions about foreign aid to Africa arose in January after reports that a survey questionnaire had been sent to American government employees that asked hard and often negatively framed questions about foreign aid, counterterrorism efforts and diplomacy.

“We’ve been fighting al-Shabaab for a decade, why haven’t we won?” posed one question, according to the Washington Post. “With so much corruption in Africa, how much of our funding is stolen? Why should we spend these funds on Africa when we are suffering here in the U.S.?” asks another series.

The questions also emphasized China’s role in Africa and America’s competitive position, along with funding for health crises including AIDS and Ebola. Already, some health clinics in African countries – Kenya and Uganda among them – face cuts because of Trump’s January decision to reinstate the ban on discussing abortion, often called the global gag rule.