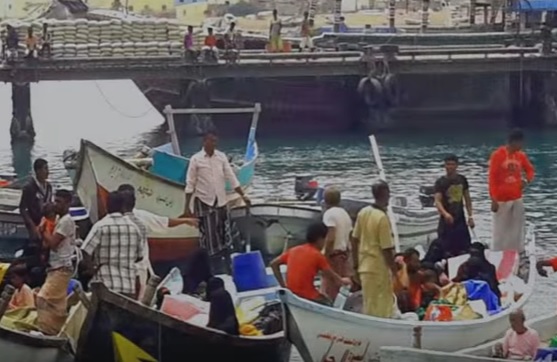 At least 42 people are now reported dead and another 20 to 30 injured following an attack Thursday on refugees traveling by boat across the Red Sea from Yemen and heading to Sudan.

The update from the United Nations High Commissioner for Refugees (UNHCR) said that many of the victims are in fact Somali refugees, but the agency is still working to confirm details because many migrants who once sought refuge in Yemen are fleeing the deteriorating situation there.

Some 500,000 Somali refugees were living in Yemen when the conflict there broke out in 2014, and many aid groups have voiced concern that they will be displaced yet again in the cycles of violence.

“This tragic incident is the latest in which innocent civilians, including Yemenis, refugees, asylum seekers and migrants, continue to suffer and disproportionately bear the brunt of the conflict in Yemen,” the agency said in its Friday statement.

The boat, carrying 140 passengers, was off the coast of Yemen at Al Hudaydah, across the Red Sea from Eritrea, when it came under fire from an Apache military helicopter at about 3 a.m., according to local coast guard officials interviewed by Reuters. Efforts to confirm the source of the attack, however, are continuing.

Coalition leader Saudi Arabia uses the helicopter in its war in Yemen, according to The Guardian, but a coalition spokesman denied that it was their aircraft or that they were fighting in the region.

All of the refugees on board the vessel were carrying official UNHCR documents, authorities said.