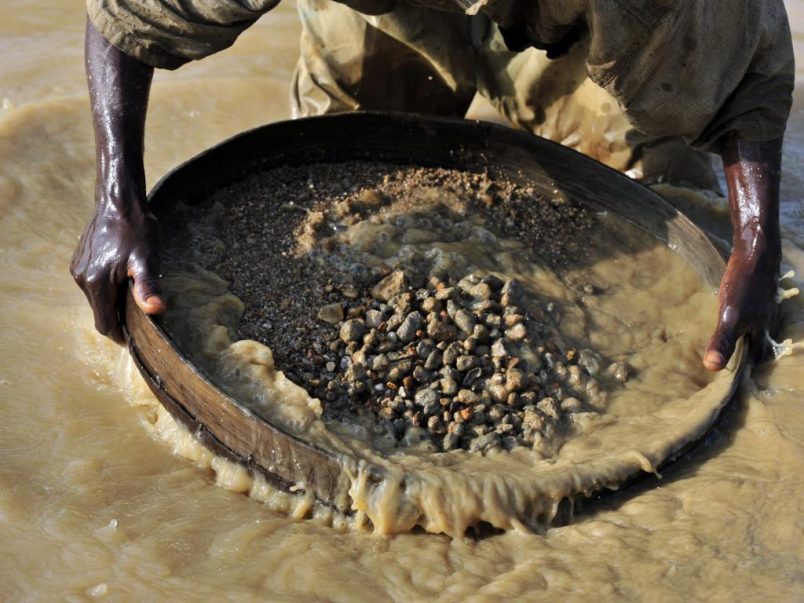 Pastor Emmanuel Momoh has turned over one of the biggest diamonds ever discovered, saying he hopes that the 706-carat stone he found in the Kono region of Sierra Leone will help to support the development of his country.

The Christian pastor supports his stipend income with artisanal mining, which is common in Sierra Leone and across the African continent. The techniques usually involve simple tools for panning or digging, often in hazardous conditions, to recover diamonds and other mineral wealth on a small community scale.

Momoh’s diamond discovery is the largest in Sierra Leone since 1972. A formal appraisal of value has not been released and estimates vary wildly – up to $62 million, according to one source – but by all accounts it is worth millions. So Momoh presented the diamond to President Ernest Bai Koroma and his government this week, with specific instructions that it be used to advance the people of Sierra Leone.

“I believe the government can do more,” Momoh told media outlets, “especially at a time when the country is undergoing some economic challenges.” The pastor specifically noted transportation and access to electricity among the infrastructure improvements his nation needs.

The gem was then locked late Wednesday in a vault at the Bank of Sierra Leone in the Freetown capital, the AP reports.

Mines and Mineral Resources Minister Minkailu Mansaray described the diamond as a gift to a country that has known horrific conflict over its mineral wealth. People in the village of Yakadu, where Momoh found his diamond, live in a region that has been ravaged by both civil war and the 2013 Ebola crisis.