Home>News>UNSMIL head appeals for calm as Libya's violence again escalates
By AT editor - 21 March 2017 at 6:18 am 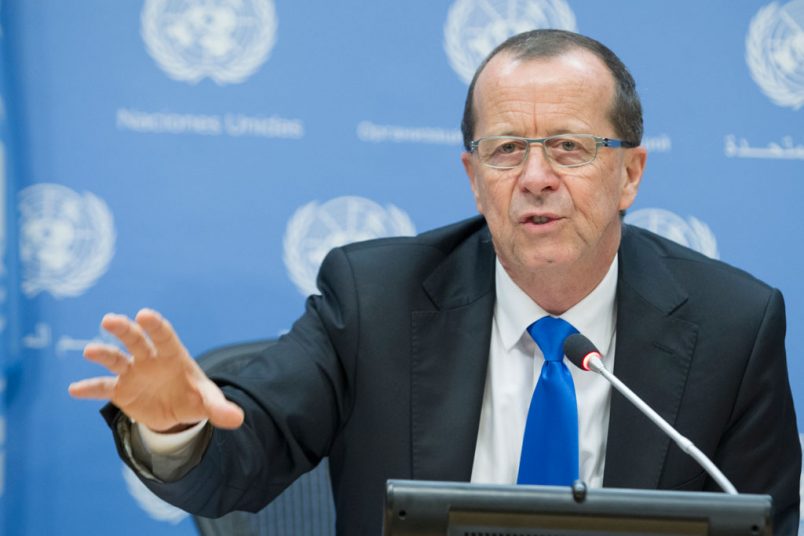 The United Nations envoy for Libya warns of dangerously escalating violence amid the deteriorating security situation in Tripoli, while appealing to the country’s various militia factions for national unity.

“I call for all parties to put Libya and the unity of Libya ahead of their own narrow interests,” said Martin Kobler, the head of United Nations Support Mission in Libya (UNSMIL), in a statement Monday.

“The violence, hate speech, and mutilation of corpses in Libya is completely unacceptable. Calm must be restored immediately, democratic bodies and ideals must be respected and freedom of speech must be protected.”

His remarks followed a sobering statement last week from the United Nations High Commissioner for Human Rights that raised alarm over serious human rights violations. They included credible reports of unlawful killings, including summary executions, hostage-taking, arbitrary detentions and torture, as well as widespread raids of civilian homes. These are primarily occurring in Ajdabiya, Benghazi, Brega and Beishir, according to Ravina Shamdasani of OHCHR.

Kobler also pointed to recent political tensions in Misrata, as militias respond to the violence and hate speech directed at them from Tripoli last week. He appealed to Libyan leaders to stay the course with the Libyan Political Agreement (LPA), and reminded them of the international commitment to Libyans.

“This was again demonstrated at the 18 March Quartet meeting which called for member states to exert their influence with the parties to pull Libya back from the brink and re-engage in the political process,” he said. The responsibility, however, lies within the Libyan people to end the escalating violence.

“All political and security stakeholders in a position to influence their constituencies should act now,” Kobler added.