Home>News>DRC: International response to CENCO withdrawal, violence
By AT editor - 30 March 2017 at 6:21 am 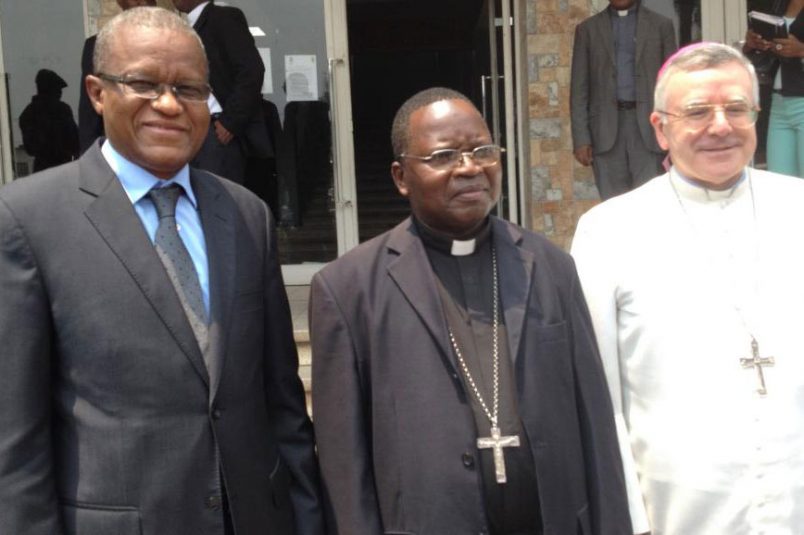 Concerned about the apparent failure of the CENCO-mediated political agreement in the Democratic Republic of Congo, the United States has urged both Congolese government officials and the Rassemblement opposition coalition to redouble their efforts to overcome their disagreements.

“The United States is disappointed by lack of progress in implementation of the December 31 Saint-Sylvestre Political Agreement,” the U.S. Department of State said in a statement. ”The formation of a new government, as prescribed by the agreement, would pave the way for elections and the DRC’s first peaceful, democratic transfer of power through the expressed will of the Congolese people.”

The American government’s response came as the Conférence Episcopale Nationale du Congo (CENCO) bishops, led by Archbishop Marcel Utembi, announced this week their withdrawal from a mediation role in the political crisis, citing the lack of progress of the power-sharing agreement meant to ensure new elections.

“It is a sad day for the Congo and the Congolese,” said Union for Democracy and Social Progress (UDPS) leader Felix Tshisekedi, son of the longtime opposition figure, on the news of CENCO’s withdrawal. Etienne Tshisekedi, who died on February 1, was expected to lead the one-year transition agreement for Rassemblement.

President Joseph Kabila has steadfastly refused to step down, despite the end of his constitutionally mandated tenure last year.

The U.S. commended the “tireless role” of CENCO in seeking to prevent violence and promoting diplomatic solutions. Appeals to end the escalating violence in DR Congo also come from the African Union, European Union and International Organization of La Francophonie (IOF), who issued a joint statement Tuesday warning that violence and reported human rights violations warrant “an urgent response from the country’s political leaders.”

The joint statement also reiterated support for the December 31 agreement to move forward.