Home>African Future>Mediterranean migration down, but West African asylum seekers up
By AT editor - 1 April 2017 at 8:30 am 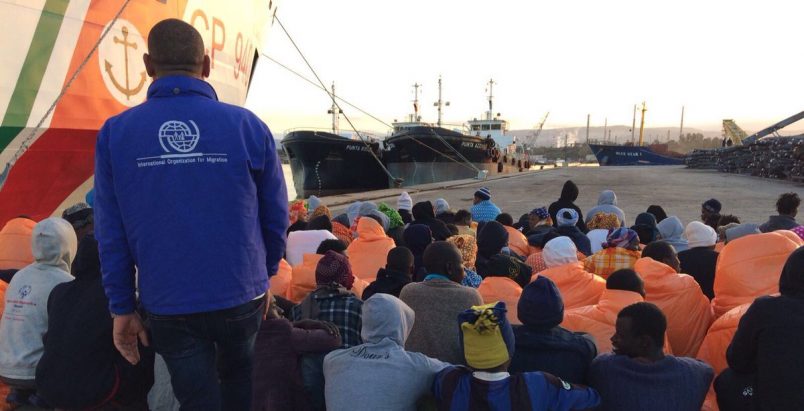 The International Organization for Migration said Friday that 27,850 migrants and refugees entered Europe via the Mediterranean Sea through March of this year, over 80 percent arriving in Italy.

The numbers show a dramatic drop from the same period last year, when there were more than 165,000 such crossings, but the harrowing journeys and fatalities continue. At least 140 people were rescued from a rubber dinghy on Tuesday, IOM spokesman Flavio Di Giacomo said, and assisted by German and Spanish vessels along with the Italian coast guard.

In Libya, IOM reported that 171 stranded migrants from Niger were assisted in returning home on what was the third chartered flight from the Mediterranean transit country.

“This charter flight involved migrants from three different locations, city premises and two detention centers, making it particularly challenging considering the security situation in the country,” said Ashraf Hassan of IOM Libya. About 1,800 migrants have received help in returning to their countries of origin.

There were a total of 655 deaths through March 29 of this year, almost all of them crossing the sea to Italy since transit routes through Turkey and Greece are dramatically less traveled than they were at the height of the current crisis.

The Aegean Sea route has seen an 85 percent drop in traffic since last March, when the European Union struck a controversial deal with Turkey to hold asylum seekers there and prevent their continued journeys through Greece to other European nations.

In a recent report, the European Commission said first time asylum applications dropped by 51 percent overall between the fourth quarter of 2015 and 2016. The number of applicants from Nigeria and Guinea had risen most, however, while those from Syria, Afghanistan and Iraq decreased the most.