Home>African Future>ICC and Africa: DRC warnings, Zambia questions as al-Bashir calls for new court
By Laureen Fagan - 3 April 2017 at 4:43 am 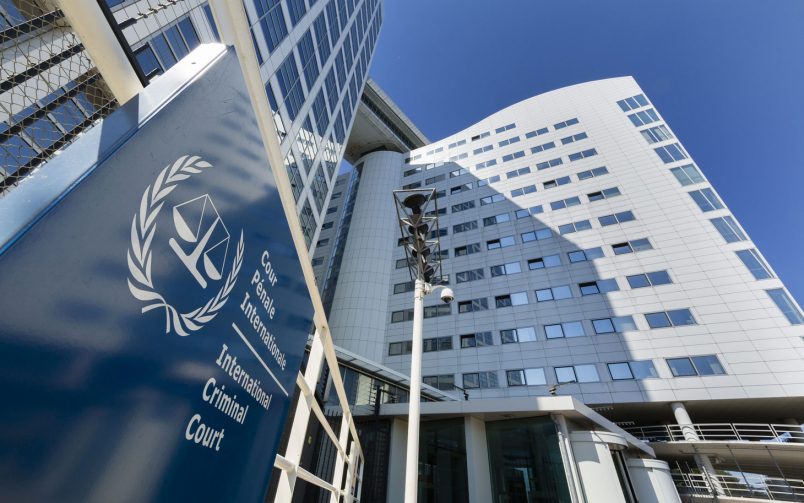 The International Criminal Court based in The Hague has warned that violent killings and related human rights violations in the Democratic Republic of Congo may meet criteria that fall within its legal mission.

Prosecutor Fatou Bensouda, a native of The Gambia, expressed concern over developments in DR Congo, particularly in the Kasaï provinces, in a statement released Friday.

“There have been reports of violent clashes between local militia and Congolese forces, a large number of killings of both civilians and non-civilians, kidnappings and summary executions, including of United Nations experts on mission and their support staff,” she said. “Such acts could constitute crimes within the jurisdiction of the International Criminal Court (ICC).”

Her appeal to “competent DRC authorities” to thoroughly investigate the criminal violence in the region comes with the reminder that the ICC opened an investigation into DR Congo in 2004, and continues to monitor the Congolese. Bensouda warned that she will not hesitate to act on the legal authority provided under the Rome Statute if crimes within the court’s jurisdiction are determined.

The ICC statement is welcome to many seeking, within the scope of its mission, an end to impunity for crimes against humanity that include genocide and war crimes. Yet it also brings to the forefront the troubled relationship between African nations – President Joseph Kabila’s among them – and an ICC whose authority they question or, as was the case last year in Burundi, outright reject.

Just six months ago, in Bensouda’s own Gambian home, former communications minister Sheriff Bojang commandeered state television to deliver a scathing critique of the ICC and announce The Gambia’s decision to withdraw. The October announcement has, of course, since been reversed under the new leadership of President Adama Barrow – as has South Africa’s decision, at least for now – but the future of ICC relevance and the participation among African nations faces new challenges.

There are 124 countries who are parties to the Rome Statute, and among them are 34 African nations with Burundi still included. Senegal, home to Sidiki Kaba – President of the Assembly of States Parties to the Rome Statute of the ICC – was the first to become a signatory. Côte d’Ivoire is the most recent addition and did so in 2013. Between their decisions was Zambia, one of 11 states to sign in 2002.

Yet Zambia now is considering its withdrawal, and last week opened up a public dialogue on whether or not the nation wants to move forward as an ICC signatory. Zambian Justice Minister Given Lubinda said this week that questions over Zambia’s departure only came up in January in response to an African Union decision to explore “a strategy of collective withdrawal” from the ICC among its member states.

President Edgar Lungu’s decision to consider withdrawal has been widely panned by the political opposition, especially for the dialogue-related expenditures, while some analysts suggest the ICC question is being pushed from the outside. Mumbi Phiri, a high level official with Zambia’s Patriotic Front party, said Thursday that Lungu personally does not endorse any ICC departure and hopes to remain a signatory.

One observation about Zambia’s process is that the southern African nation doesn’t have a case before the ICC, so it is free to debate the question without the bias that attaches in Kenya or Kabila’s Congo. Other nations subject to ICC investigations have included Uganda, Guinea, Nigeria, Burundi and Gabon, the Central African Republic, Libya, Côte d’Ivoire and Mali.

The disproportionate attention to violations in Africa is a chief frustration to many AU member states – the AU is not itself a party to the Rome Statute – although each time the question arises, many nations confirm their intention to stay.

That was not the case at all on Sunday, when President Omer al-Bashir of Sudan, the first head of state to be charged by the ICC after it was formed 15 years ago, called the court a colonial tool wielded against African nations. His remarks came during a conference on justice and courts in Khartoum.

Sudan, which is not a party to the Rome Statute, has aligned with countries in favor of an African system.  Al-Bashir said it is the supporters of The Hague and its double standards who should be tried, the Sudan Tribune reported. He said the conference was evidence of Africa’s firm stance against “conspiracies” and foreign interference in sovereign affairs of the continent’s nations.

“We don’t need a foreign or external assessment that serves specific agendas and uses criteria irrelevant to our values and customs,” al-Bashir said.

His own case, tied to alleged crimes against humanity at Darfur, continues to be a thorn in Africa’s side. The ICC just announced Thursday that South Africa will appear this week at The Hague to answer on why it failed to arrest al-Bashir during his 2015 visit. Similar calls for his arrest were made last week when the Sudanese president was in Jordan to attend the Arab League Summit.

What’s clear is that there is still little consensus among African nations about the future of the ICC authority and plans for a coordinated effort to withdraw from the Rome Statute. Equally clear is that the concerns of African leaders who see a lack of even-handed justice in the ICC process need to be addressed, with reforms that remove any perception of the “double standard” that gives al-Bashir, Kenyatta and others cause to champion a new system.

Africans may well pay the price if legitimate appeals to respect sovereignty and establish more fair treatment at the ICC are used to further isolate their nations and their leaders from the global community, when the future  – and so many lives – are at stake.