Home>News>Uganda: Police fire tear gas on crowd at Besigye food relief giveaway
By AT editor - 6 April 2017 at 6:08 am 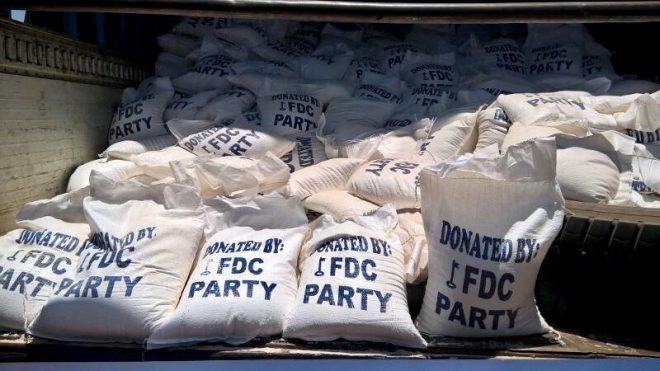 In Uganda, a food giveaway organized Wednesday by the Forum for Democratic Change (FDC) party and former presidential candidate Kizza Besigye turned quickly into a clash with police, who shut the event down.

Besigye said that his FDC relief team was at first well-received by a large crowd gathered at the local party headquarters in Toroma, a town in the eastern part of the drought-stricken country where food aid is a priority.

The situation quickly changed, he said, as police started attacking people, some of whom needed medical attention after the melee. “People were visibly hungry,” Besigye said in a social media message. Yet police put a halt to the food distribution and deployed tear gas to disperse the crowd. 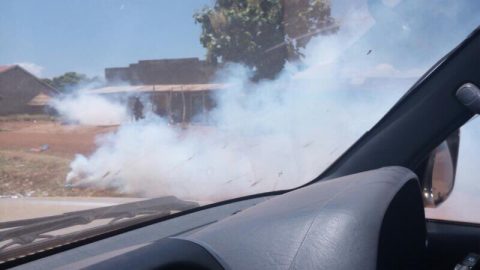 Authorities told local media that they needed to inspect the food before Besigye and the FDC could be permitted to distribute it to people in need. “We are not sure of the safety of food,” said Francis Tumwesigye of the East Kyoga regional police command.

The police spokesman said Besigye and the FDC had not spoken with authorities before planning or holding the two food giveaway events in Toroma and Magoro.

Besigye said the truckload of food sacks was handed off to the Citizen Relief Initiative and a retired bishop representing the agency, so that it can still go to the needy as soon as they are able to distribute it.

Across the last 15 years, Besigye has challenged President Yoweri Museveni for the office and lost four times, most recently in February 2016 in a contest fraught with allegations of irregularities and calls for an independent audit.

He remains a vocal opposition member who is frequently monitored and detained by Ugandan authorities.