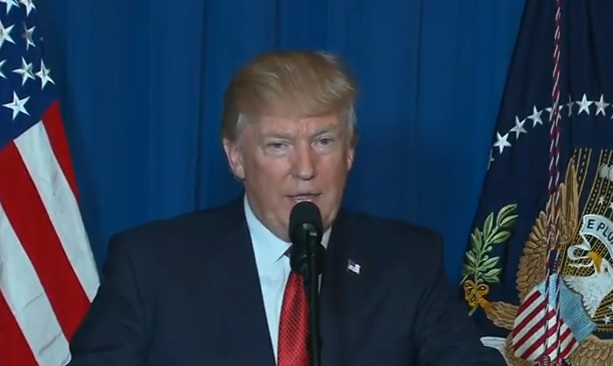 The United States launched dozens of Tomahawk missiles in an attack on a Syrian airfield early Friday, in what U.S. President Donald Trump said was a response to the use of chemical weapons on civilians in Idlib earlier in the week.

About 60 missiles were launched from the USS Ross and USS Porter warships in the eastern Mediterranean Sea at about 3:40 a.m. local time, in what was planned as a targeted strike on a Syrian airbase. U.S. authorities said in their initial assessment that Syrian aircraft and support facilities were severely damaged in the strike.

American officials say the facilities were used by Syrian President Bashar al-Assad’s regime to execute the chemical weapons attacks that killed up to 100 people in the worst such incident since 2013.

Hundreds more were injured by the chemical agent, identified as sarin gas by Turkish health officials. Some victims were driven across the border into Turkey, where treatment and autopsies were done.

“There can be no dispute that Syria used banned chemical weapons, violated its obligations under the Chemical Weapons Convention and ignored the urging of the UN Security Council,” Trump said in a televised address.

The Syrian government denies it used chemical weapons. Foreign Minister Walid Muallem said Thursday that any international investigation would need to be impartial before Damascus would agree to it.

Earlier in the day, U.S. Secretary of State Rex Tillerson said the chemical attack “violates all previous UN resolutions, violates international norms and long-held agreements between parties, including the Syrian regime, the Russian Government, and all other members of the UN Security Council.”

Tillerson also said the U.S. was working to organize an international coalition to remove Assad.

“Those steps are underway,” Tillerson said.