Home>CUTTING EDGE>PASET forum on advancing STEM education wraps up in Nairobi
By AT editor - 8 April 2017 at 5:28 am 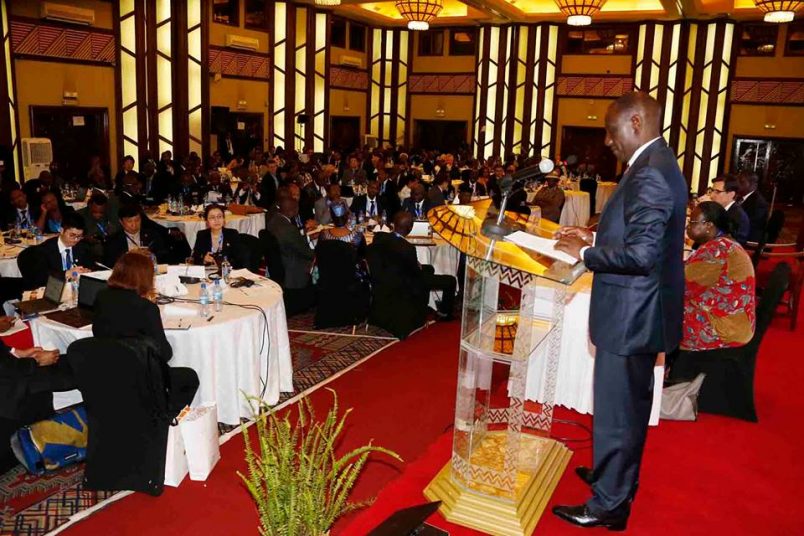 About 200 experts and policy decision makers wrapped up a conference on science and technology in Nairobi on Friday.  Kenya hosted leaders from 19 countries across sub-Saharan Africa who connected with their counterparts from China and other “innovation nations.”

The Partnership for Skills in the Applied Sciences, Engineering and Technology (PASET)’s Fourth Regional Forum continued this initiative, launched in 2013, to boost higher education in scientific research.

Sub-Saharan African nations, with their fast-growing and young populations, produce 11 million new graduates entering the job market each year, according to the World Bank. Yet the region ranks among the lowest in scientific research and development, contributing just 1.1 percent of global research output.

About one in four students chooses a STEM course of studies in college.

“There is much that African academic leaders and innovators can learn from each other and their counterparts in countries like Korea, China, Brazil, and India,” said Fred Okengo Matiang’i, Kenya’s Cabinet Secretary for the Ministry of Education, Science and Technology, in a recent statement.

The PASET board includes government ministers from Cote d’Ivoire, Ethiopia, Kenya, Rwanda and Senegal.  They join representatives from the World Bank who assist in facilitating the partnership.

China and the World Bank will jointly host the Africa Forum on Science and Technology in Higher Education to be held in July in Beijing. More than 60 African university chancellors and directors of centers of excellence have been invited to the forum, Xinhua reports.