Home>LEADERS & COMPANIES>DRC: Kinshasa startup to use IoT, blockchain to support coffee farmers
By AT editor - 13 April 2017 at 8:38 am 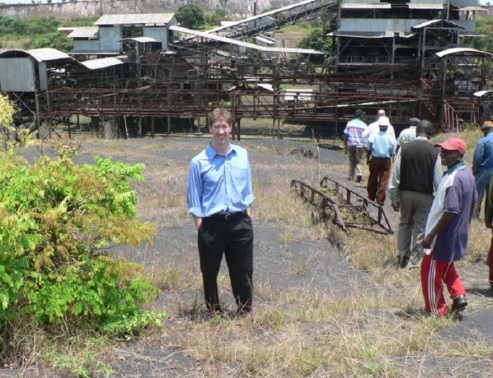 Daniel Jones is a technology entrepreneur who’s been living in Kinshasa for the past five years. Now, Jones – whose two decades’ worth of technology skills were honed at the highest levels – is ready to launch bext360.

The technology company offers a coffee-supply platform that uses blockchain, artificial intelligence and the Internet of Things, to support fair trade for coffee growers in developing nations while ensuring that the market for increasingly discriminating “coffee snobs” is well served.

“A lot of importers want the ability to trace and track their coffee,” Jones told Fast Company. “They have a picture of the community on their websites. But they don’t truly have that last-mile connection to the actual origin of where the coffee is.”

The machines are trained to identify product using algorithms for dozens of coffee beans poured in by a farmer. The kiosk-like machines determine an offer based on quality, and if the grower accepts, the money is immediately transferred via mobile. When the machine is full, it notifies a driver for pickup. It’s also possible to integrate microfinance and other business loan or banking products into the system.

At the same time, the system verifies the authenticity of the product and location for buyers and consumers.

Jones plans to launch the project in DR Congo and Rwanda, and likely a South American nation later this year after test runs in Mexico and the United States.

Because the system relies on digital payment processing and mobile connectivity, developing countries are better positioned to “leapfrog” into the business model, which matches coffee buyers directly with growers in ways that build their communities.

“What excites us is that bext360 bridges the gap between a coffee farmer and your morning cup of coffee,” says D. Mark Spencer, whose SKS Venture Partners has led $1.2 million in funding for the project. “Knowing the farmer receives a fair payment on the spot through their smartphone based on volume and quality of beans is exciting technology.”