Home>News>South Africa: Threats against Dlamini-Zuma require a security detail
By AT editor - 15 April 2017 at 5:47 pm 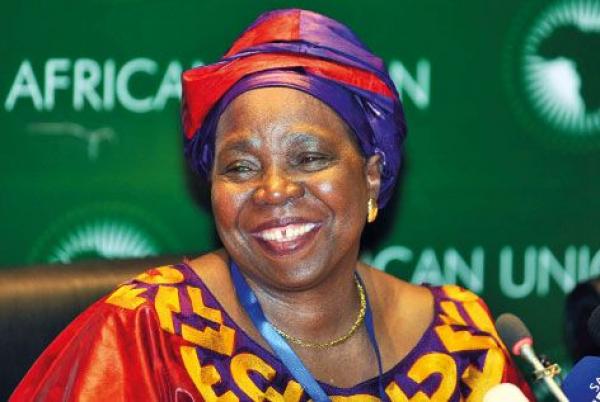 South African authorities confirmed Friday that Dr. Nkosazana Dlamini-Zuma, former chairperson of the African Union, is currently under police protection and has been the target of threats made against her safety.

“Dlamini-Zuma continues to receive protection from the Presidential Protection Unit (PPU) of the South African Police Service,” the agency said in a statement, adding that recent media reports speculating about the security details needed to be addressed.

The PPU is providing ongoing security after completing a threat and security assessment. Dlamini-Zuma also received security protection during her tenure as AU head, which officially ended a month ago.

Media inquiries and questions among South African citizens came after it was discovered that Dlamini-Zuma was under PPU protection, despite the fact that she is not currently serving in any political office normally within the security service’s sphere of authority.

As the former spouse of embattled President Jacob Zuma, she finds her own presidential aspirations under the shadow of the African National Congress (ANC) and South Africa’s current economic and political leadership crisis.

Some opposition party leaders say preferential treatment afforded Dlamini-Zuma is a misuse of state resources, and call on the ANC to protect her if there are indeed threats.

Police say they are not revealing the details of any threats made against her.

“For security reasons, the SAPS will not discuss or deliberate on any details of the security afforded to Dr Dlamini-Zuma, or in relation to the mentioned threat and security assessment.  That in itself would constitute a breach of security,” said Khomotso Phahlane, the acting national commissioner for the police service.