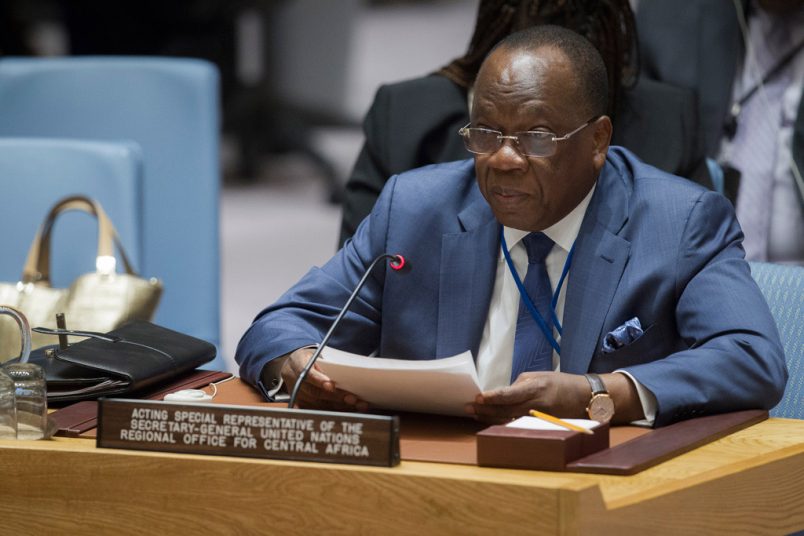 UN envoy François Louncény Fall has called on the government of Cameroon and Anglophone community leaders to work together in finding a lasting solution to the country’s political crisis.

Fall, the Special Representative of the Secretary-General for Central Africa, was in Yaoundé this week for a series of meetings. They included visits with Anglophone leaders who remain in detention, attorney Felix Agbor Balla and radio broadcaster Mancho Bibixy among them.

“I encourage the Government of Cameroon to take all the measures it deems appropriate, as soon as possible, and within the framework of the law, in order to create conditions conducive to confidence building in order to end the crisis,” the envoy said in a statement.

Fall said he welcomed plans to restore Internet service to Bamenda institutions including hospitals and universities, calling the government connectivity cutoff to Anglophone regions “deplorable” and pressing authorities to consider the costs to society and the economy.

The financial impact of the Internet shutdown in Cameroon is now an estimated €2.69 million, according to Internet Without Borders and digital access allies who have repeated calls for restoration of service.

Anglophone activists began publicly pressing for reforms in October 2016, led by Cameroonian lawyers, teachers and doctors who said they seek to address the political, economic and social inequality in their communities. The rallies and protests led to political violence, deaths, mass detentions and arrests, repression of journalists and other human rights issues.

This was Fall’s fourth visit to Cameroon since November, and the second trip that was devoted to resolving the impasse between President Paul Biya’s administration and Anglophone communities in the nation’s northwest and southwest. Diplomatic representatives of France, Canada, Britain and the United States also attended.

He again said the UN is willing to assist Cameroon in a dialogue process between the two sides.