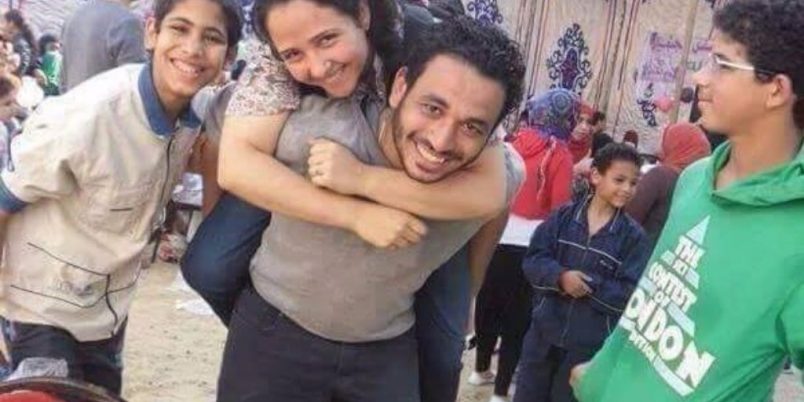 An Egyptian-American held in detention for her humanitarian aid work with street children was acquitted in a Cairo court on Sunday.

Aya Hijazi and her husband, Mohamed Hassanein, were among eight people found not guilty on charges of human trafficking, kidnapping, sexual exploitation and torture, according to Egyptian media reports.

They were arrested in 2014 and charged with the abuse of children served by their Beladi Foundation, an NGO that Hijazi and her husband co-founded with the intent of protecting and educating children.

The organization hosted activities from art and music classes to a recycling program, and provided a safe space for minors who would otherwise be homeless and subject to abuse on the streets.

The case received global attention as Egyptian authorities cracked down on NGOs and aid organizations working in the country, and – in the specific case of Hijazi – delayed her release through a series of court hearing postponements.

Hijazi grew up in the United States before returning to Egypt. Her case has been taken up by American diplomats and international journalists, alongside Egyptian human rights advocates and their European and U.S. counterparts.

Twenty-five Egyptian groups, led by the Cairo Institute for Human Rights Studies, signed a February 2016 letter defending the foundation and opposing Egypt’s stance on the children.

During a December 2016 visit to the United States, when asked specifically about the case, Egyptian Foreign Minister Sameh Shoukry defended his nation’s stance on civil society groups and said Egyptian officials “had their own vision of what they considered in the best interests of the public.”

That view is challenged by human rights organizations who view the Hijazi case within the wider context of Egyptian repression directed against political opposition leaders, journalists, artists and activists.