Home>News>City of Cape Town asks public to stop attacking its firefighters
By AT editor - 21 April 2017 at 8:34 am 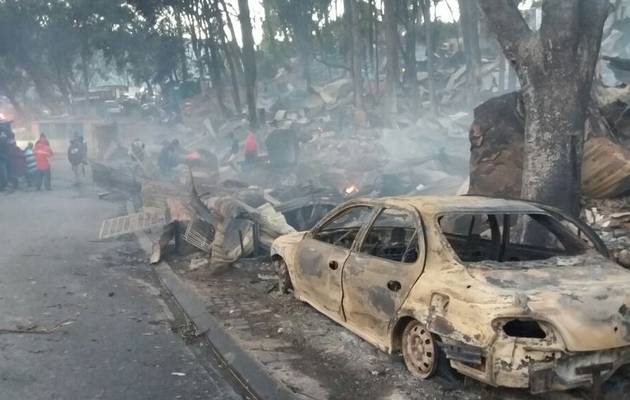 The City of Cape Town has condemned yet another attack on firefighters, and is asking residents to understand that rescuers who come to put out the flames are not the enemy.

For the second time in one week, the fire department was pelted with stones in the tough Vyrgrond area of the city in an incident that left one of the trucks damaged. Earlier this month, a fire truck was damaged and a firefighter hit when an unruly crowd stoned the staff and vehicles attending to a fire. A similar attack happened in January.

“Attacks on firefighters are becoming far too commonplace. If people aren’t stoning the fire trucks, they threaten or harass the firefighters trying to get to the frontline or even cut their hoses,” said Alderman JP Smith, who serves on a city public safety committee.

The line-of-duty attacks interfere with potentially lifesaving services, he added.

“It’s unbelievable that the very people the firefighters are trying to protect are causing delays, effectively resulting in a much higher cost both to the affected community and the city,” Smith said.

For the past six months ending in March, Cape Town fire and rescue crews responded to just shy of 11,000 fires. More than 75 percent of them were bush, grass and rubbish fires.

Cape Town is struggling with an unprecedented water shortage, and said Thursday that the dam levels had dropped again to 21 percent. Since the last 10 percent in storage is unavailable, it is subtracted from the total water reserves.

Weather forecasts predict a heat wave in coming days with no rain.