Home>News>Eritrea presses China for help on Security Council sanctions
By AT editor - 21 April 2017 at 7:05 am 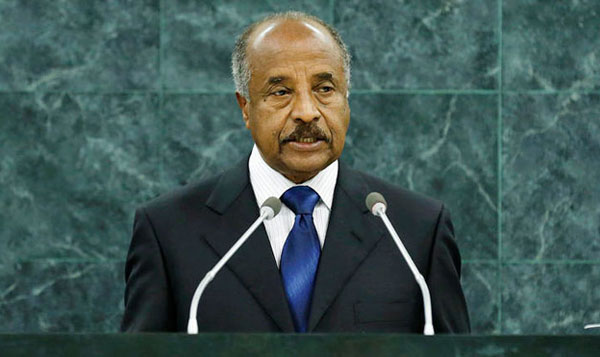 Eritrea says that Foreign Minister Osman Saleh’s visit to China has yielded a promise to again plead its case on Western sanctions, the government said Thursday.

Chinese foreign minister Wang Yi “reaffirmed that his country will raise the issue of sanctions imposed on Eritrea” in the United Nations, the Eritrean government said in its statement.

Earlier this month, Eritrea described as “inexplicable and unwarranted” the U.S. Department of State decision on March 30 to place sanctions against the Eritrean navy based on a law that prohibits the sale of military equipment with North Korea.

The U.S. decision followed the release of a February United Nations Security Council report on Pyongyang. It listed a second documented instance of “military-related items exported from the Democratic People’s Republic of Korea to Eritrea, and confirms ongoing arms-related cooperation between the two countries.”

In its heated response to the U.S., the Eritrean government called the move misguided and doomed to fail.

“The apparent objective is to give a ‘new lease of life’ to the illicit US/UNSC sanctions that are widely seen as utterly unjustified and scheduled for review this month,” Eritrea said in its April 3 statement.

The small, repressive Horn of Africa nation was referring to separate UNSC sanctions in place because of Eritrea’s dealings with al-Shabaab in Somalia. Those sanctions are contested among current Security Council members, and China proposed last November a timeline for removing them.

A new report from the Somalia Eritrea Monitoring Group (SEMG) is due by April 30.