Home>African Future>#globalsciencemarch events include Ghana, Malawi and Uganda
By AT editor - 22 April 2017 at 8:41 am 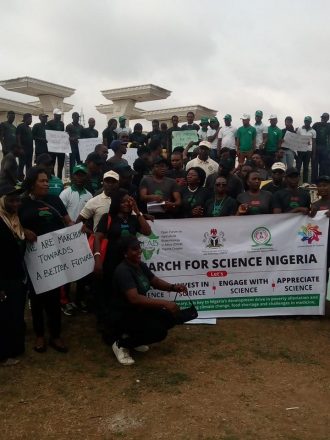 Saturday’s March for Science is based in Washington DC, but people all over the globe will be joining in some 610 satellite marches registered across the United States, Europe, Asia and Africa.

That includes a march in Malawi, sponsored by the Blantyre Malaria Project. The event in Blantyre is spearheaded by Terrie Taylor, an American who spends six months of each year working in Malawi who hopes to call attention to how U.S. policy and funding decisions affect global interests. They include National Institutes of Health (NIH) cutbacks proposed under President Donald Trump’s administration. 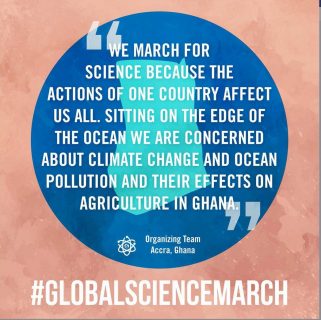 “We have a lot of NIH-funded work here, and we have a lot of people who have benefited from Fogarty International Center programs,” Taylor said in an interview Friday. “The thrust is not anti-Trump as much as it is support for U.S. federally funded research and the U.S. federally funded training, which has had a huge impact on so many people here.”

In Kampala, the Uganda Alliance for Science – a group focused on biotechnology and innovation applied in agriculture – is hosting a march at Makerere University. “I march for fellow scientists who deserve a chance to be trusted,” said Singura Owen in an event post. “I march for the earth!” 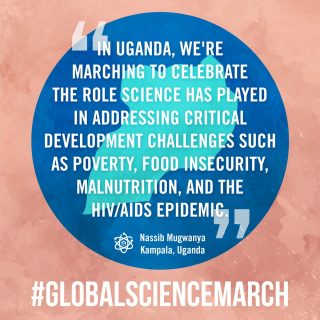 South Africans will march to the Cape Town Science Center in what organizers stress is a “nonpartisan expression of the beauty of the world around us and a demonstration of our commitment to continue learning about it.” Their counterparts at the Durban event, sponsored by the College of Health Sciences at University of KwaZulu-Natal will meet at city hall in what they hope will be an annual science event.

In Abuja, Nigerians will march on Eagle Square, while Ghanaians in Accra meet at the Afia Beach Hotel.

To learn more about March for Science, see this link.