Home>News>Rwanda-Burundi tensions reflected in war of words over food
By AT editor - 22 April 2017 at 7:14 am 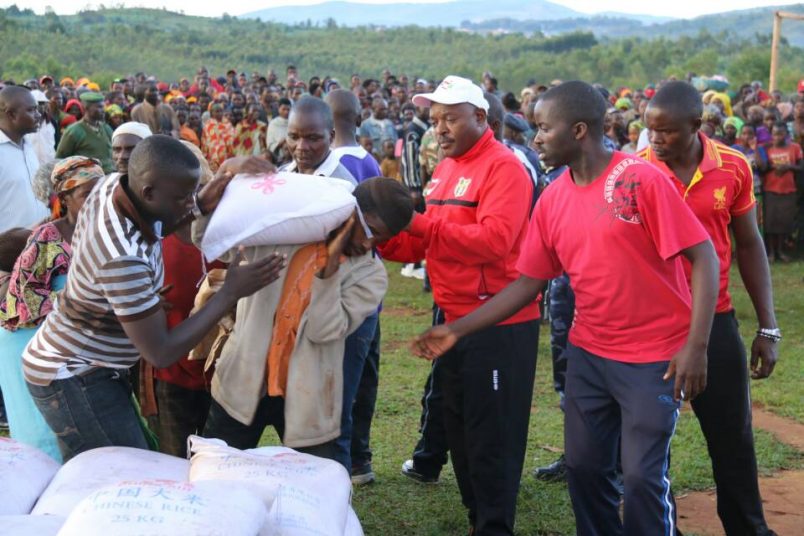 The English-language New Times in Rwanda on Saturday described the Burundi government’s refusal to accept humanitarian aid because the food was grown in Rwanda as folly and “misplaced obstinacy.”

“It is those kinds of immature politics we are witnessing across the border that has destroyed many countries,” the news outlet said in an op-ed piece that underscores the tensions between the close neighbors in its stinging critique.

The piece calls on Burundi to stop looking for scapegoats for its woes, and asks if it is willing “to sacrifice its people on the altar of ego” because it has blocked at the border trucks loaded with World Food Programme (WFP) aid.

That assistance was destined to help some of the estimated 2.1 million people affected by what the WFP called an extremely severe humanitarian situation in a February report. Both Burundi and WFP officials confirm the border incident, the AP reported Friday, although the NGO staff said it’s likely a misunderstanding.

Earlier in the week, a Rwandan media outlet reported on Kigali’s role in growing and distributing food through the Global Commodity Management Facility (GCMF) system preferred by the WFP. It’s a strategy that supports local markets while streamlining the logistics and timelines for delivering aid.

The shipment of 508 metric tons of beans to Burundi is similar to food aid that Rwanda provides to meet needs in South Sudan, Uganda and Congo, as well as providing aid to those within its own borders. The beans are not the first Rwandan food sent to Burundi, and maize will be added, WFP Rwanda said.

Those statements and accounts were denied by media in Burundi, who called the Rwanda accounts propaganda. Burundi officials promoted aid events this week that featured Nkurunziza personally giving out food to families in the central province of Gitega.

The war of words reflects the bitterness between the two countries — and the mistrust among citizens — that has escalated in recent years.

Bujumbura has accused Rwanda of orchestrating assassination attempts on its officials, interfering with regional negotiations, and promoting regional and international media stories unfavorable to President Pierre Nkurunziza and his government.

Nkurunziza’s decision to seek a third term in 2015 in violation of the country’s constitution touched off waves of violence that observers say has deepened the humanitarian crisis and compromised human rights.