Home>News>Nigeria: Buhari again reassures public about his visibility, health status
By AT editor - 28 April 2017 at 5:06 am 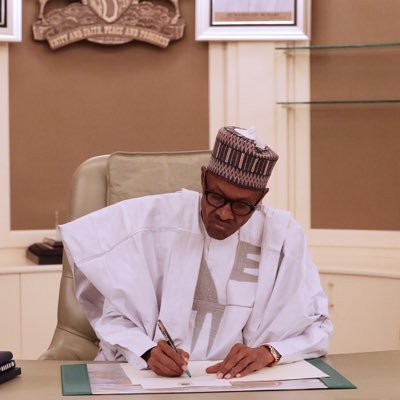 In an effort to quell the latest rumors about Nigerian President Muhammadu Buhari’s health, the government released a statement Thursday evening assuring the public that the president continues to recover.

The renewed speculation came after Buhari missed a Federal Executive Council meeting on Wednesday. The statement released by government spokesman Garba Shehu said that was a last-minute decision, which prevented advance notice to the Nigerian cabinet and public.

“As eager as he is to be up and about, the President’s doctors have advised on his taking things slowly, as he fully recovers from the long period of treatment in the United Kingdom some weeks ago,” the statement said.

“President Buhari himself, on his return to the country, made Nigerians aware of the state of his health while he was in London,” the government said. “Full recovery is sometimes a slow process, requiring periods of rest and relaxation.”

Buhari has a fully equipped office as he works from home, and receives daily briefings while remaining in close contact and conferring with Yemi Osinbajo, a Nigerian vice president.

The president traveled to London for medical treatment in January and was scheduled to return 10 days later. Buhari notified the National Assembly of a delay in February and remained in London for seven weeks until his return on March 10. The government has routinely fielded rumors about Buhari’s health.

During his absence, Buhari often took to social media to post photos of himself visiting with Nigerian politicians or foreign guests to dispel concern about his whereabouts.