Home>News>Polisario Front pulls out of Guerguerat as UNSC extends MINURSO mandate
By AT editor - 29 April 2017 at 4:38 am 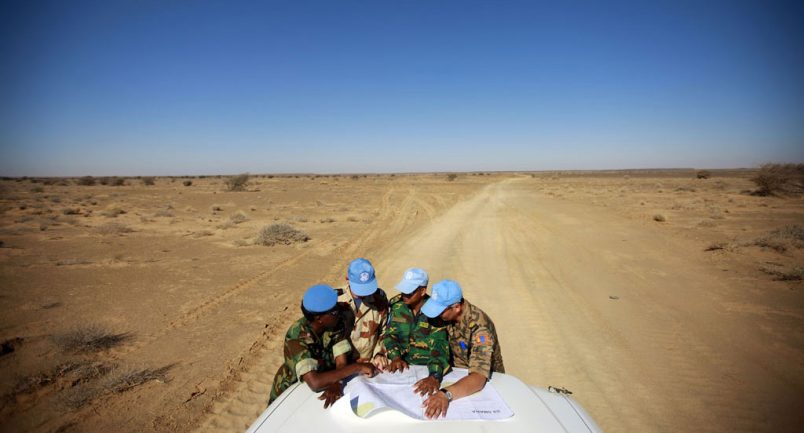 The United Nations Security Council (UNSC) voted late Friday to extend the United Nations Mission for the Referendum in Western Sahara (MINURSO) through April 30, 2018. The extension was unanimously adopted by the 15-member council.

The decision on the mandate extension was welcomed in a statement issued by Stéphane Dujarric, the spokesman for UN Secretary-General António Guterres. Dujarric also praised the withdrawal of Polisario Front in the troubled Guerguerat region near the Mauritanian border, which occurred Thursday and Friday, according to UN observers. Moroccan forces announced their withdrawal from Guerguerat in February.

The Polisario Front move should help create “a new dynamic and a new spirit that reflect the Security Council’s guidance and resolutions,” Dujarric said, “with the aim of reaching a ‘mutually acceptable political solution which will provide for the self-determination of the people of Western Sahara.’”

MINURSO plans to remain in the buffer strip at Guerguerat, where it has maintained a presence since August 2016. “We continue to call on the parties to adhere to their obligations under the ceasefire agreement and to respect both its letter and spirit, and to cooperate fully with MINURSO,” Dujarric added. “The need to ensure that tensions do not erupt anew in the Guerguerat area remains vital.”

Although the mandate again did not include a human rights component as urged by Amnesty International, the African Union and other entities, the council did authorize an increase in MINURSO’s  medical staff. The UNSC reiterated that humanitarian needs of refugees must be met, and asked that all parties resume cooperation with the Office of the United Nations High Commissioner for Refugees (UNHCR).