Home>Finance & Economics>Africa's climate advocates balk at Europe's 'interference' in AREI plans
By AT editor - 30 April 2017 at 5:28 am 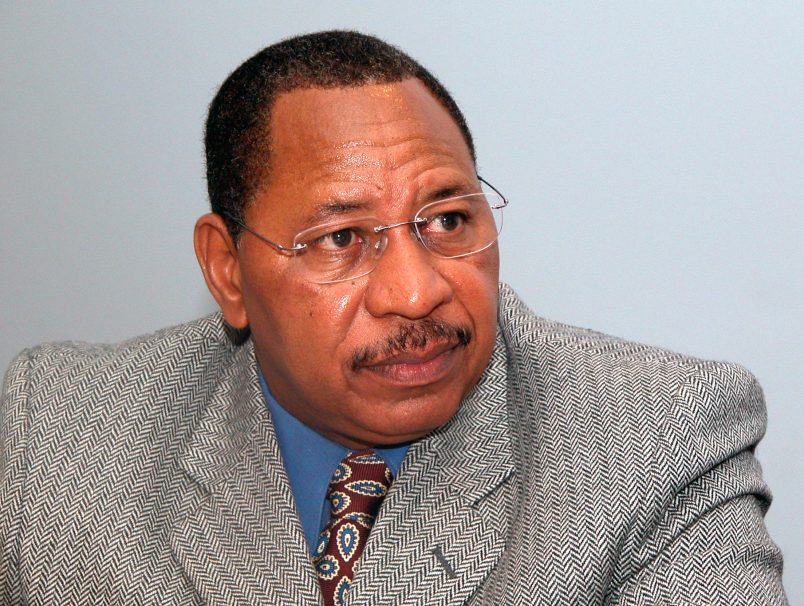 Environmental champion Youba Sokona’s resignation is effective April 30, so as of Sunday the Malian scholar will no longer serve in his leadership role at the Africa Renewable Energy Initiative (AREI).

At first glance, it may seem hardly newsworthy and entirely forgivable to not know who Sokona and the AREI are. But his frustrations, and those of other African sustainability and development leaders, are forcing real questions about the equal partnerships among nations in the fight against climate change.

The AREI initiative was “the major outcome for Africa” following the Paris Agreement at COP21 in late 2015.

The African Development Bank (AfDB) serves as trustee and proudly touts the launch, as president Akinwumi Adesina said in an interview at COP22 in Marrakech last fall. The initiative was conceived and developed within the United Nations climate framework and that of the African Union Committee of African Heads of State and Government on Climate Change (CAHSOCC).

The AREI set targets of at least 10 GW new and additional renewable energy generation capacity by 2020, and 300 GW by 2030 – capacity desperately needed for social and economic development across the continent. Its projects are meant to tap into what one 2015 McKinsey report called a “staggering 10 terawatts of potential capacity” when solar is included in the mix of Africa’s renewable power sources.

“At the Paris launch, a group of 10 international partners committed to mobilize USD 10 billion, between 2015 and 2020, to contribute to the goal of the initiative,” the AREI explains in its January 2017 report.

That group of 10 partners included the European Union (EU) and France. Sokona – in his resignation letter made available by Climate Home – charges that the two entities are responsible for the hijacking of African initiatives and executive leadership of AREI, while unilaterally establishing European priorities.

Sokona’s objections don’t appear to be born of a mercurial nature, nor do they exist in a vacuum: Nearly 200 African civil society leaders from nearly every nation signed an open letter in support of his stance.

Sokona, with decades of experience in energy, environment and African development, served as head of the AREI Independent Delivery Unit (IDU) based at AfDB headquarters in Abidjan, Cote d’Ivoire. He came to the position in August 2016 with credentials that included Coordinator of the African Climate Policy Centre (ACPC) and various high-level roles with the Intergovernmental Panel on Climate Change (IPCC).

Yet Sokona’s departure from AREI has been anticipated since March, following an unsettling series of events that began in late February and led up to a March 4 board meeting for AREI in Conakry, Guinea.

What happened in between? “During this time I had various interactions with our partners of the North and I naively believed that they were all genuinely supportive of our agenda and leadership,” the Sokona letter said.

Yet, he adds, he gradually came to believe that the representatives of EU and France had already determined the 19 projects the AREI would pursue, and expected him to merely announce their decisions – projects that Sokona says he was never even made aware of prior to the board meeting.

Sokona’s letter describes a series of red flags. “On 28 February 2017, just 4 days before the Conakry Board meeting I was coincidentally forwarded an email (by someone unrelated to the initiative),” he wrote. That email showed job descriptions offered by the European Commission seeking technical assistance experts for Sokona’s IDU office beginning within 14 days – and again, AREI was in the dark.

“A European Union official apologized and said the job announcement on the web must have been some kind of mistake,” he said, describing his call to inquire about the decision. He forwarded the email to senior AfDB officials, but they had no knowledge of any request for the EU to appoint any AREI support.

With just hours before the March 4 board meeting, Sokona said, he received “a phone call from the French Minister of Environment, Energy, and Ocean for an urgent meeting with her.” Ségolène Royal wanted him to introduce a list of EU-approved projects as though they had already undergone IDU review and approval, but Sokona says he objected to both the ethical compromise and the usurpation.

He announced that he would be resigning on the same day.

“Interference in African governance belongs to another era”

The second letter, posted by the Pan-African Climate Justice Alliance in Kenya and referring to events from the same meeting, objects to AREI’s compromise and says it is “being gravely threatened by the efforts of the European Union and France for premature, undue approval of ‘their’ projects and seeming attempts to co-opt the initiative to serve their ends, supported by a small handful of Africans.”

The forcefully written letter demands that the EU and France step aside and that the projects be temporarily suspended. “Interference in African governance belongs to another era,” the letter said.

Western investors stand to benefit from some of the deals, and the African leaders have a different view on funding they say cannot be separated from climate finance imperatives under the Paris agreement. The signatories condemn the “accounting tricks” that create funding loopholes attaching to these deals, some of which were already in the pipeline – and some of which don’t even support clean renewables.

Royal’s staff acknowledged the disagreements to Climate Home, but downplayed her role in the dispute.

“What happened in Conakry is disheartening,” said PACJA Secretary General Mithika Mwenda in a statement last month. “But we now have a clear opportunity to reassert the great values and principles behind AREI, and to raise attention and necessary pressure to reclaim the initiative.”

And, he said, create the right conditions in the hopes that Sokona will come back. Hopefully, to a table where the lessons learned about how wealthy nations and the developing world must navigate their relationships with mutual respect are evident, and with a shared understanding of climate finance responsibilities and limitations.

Uganda is celebrating the birth of another baby mountain gorilla, the fifth such arrival for…