Home>News>Ahead of Trump visit, Abbas visits Egypt and Jordan; Hamas takes 'consensus' position
By AT editor - 2 May 2017 at 4:42 am 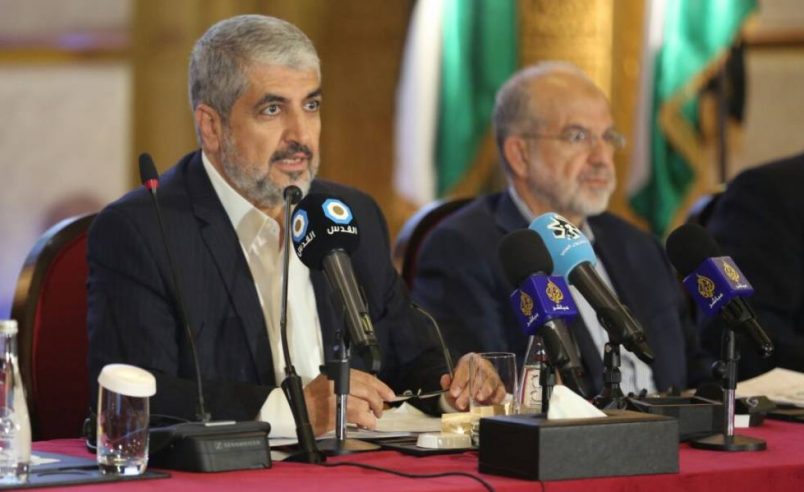 The Egyptian president reaffirmed a commitment to the two-state solution and emphasized the role of the U.S. in advancing negotiations. El-Sisi reiterated the importance of establishing an independent Palestinian state within the 1967 borders, according to media statements from spokesman Alaa Youssef.

Abbas also met with King Abdullah of Jordan on Sunday. The historically strategic partners in the peace effort met with Trump in April to re-establish their diplomatic goals and align them with a new plan.

The round of visits comes as Hamas announced Monday a new position statement that, while falling short of an acknowledgement of Israel’s legitimacy, appears to accept the establishment of a Palestinian state that is uncharacteristically consistent with the PA position and that of Egypt and Jordan.

“Hamas rejects any alternative to the full and complete liberation of Palestine, from the river to the sea,” the new document says. “However, without compromising its rejection of the Zionist entity and without relinquishing any Palestinian rights, Hamas considers the establishment of a fully sovereign and independent Palestinian state, with Jerusalem as its capital along the lines of the 4th of June 1967.”

Hamas explains the decision as “a formula of national consensus,” adding that the return of the refugees and the displaced to their homes from which they were expelled remains integral to their position.

Despite the apparent concession, the new charter retains nearly all of the Hamas ideology and political positions in advancing the Palestinian cause – one at odds with Abbas and the PA political leadership – and remains openly hostile to the Israeli government.