Home>Finance & Economics>In wake of Malawi corruption conference, Mutharika admits pervasive graft
By AT editor - 2 May 2017 at 3:05 am 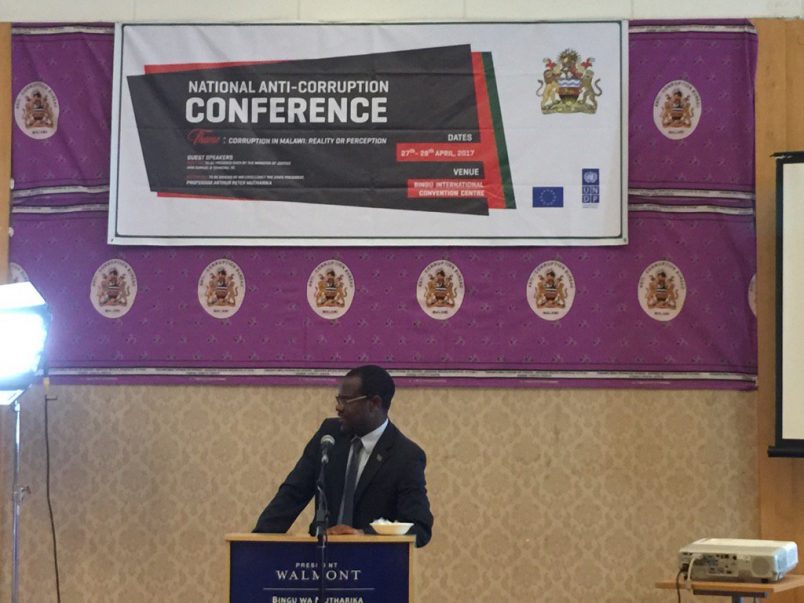 President Peter Mutharika admitted Monday that corruption in Malawi’s government is at a record high, and pervasive in government, civil society organizations, NGOs and elsewhere.

The remarks came during a May Day observance in Blantyre, Nyasa Times reports.

“The springboard for this dialogue stems from a sense of soul-searching and acknowledgement of the reality of the vice of corruption in all sectors of society,” the government said in a statement.

The high-level conference was designed to identify the roles of various stakeholders in the fight against corruption, and develop a direction for Malawi to move forward after years of obvious malfeasance. That history includes the 2013 shooting of former National Budget Director Paul Mphwiyo and a $32 million “cashgate” fraud scandal under former president Joyce Banda.

Mutharika’s administration has been accused of aggressively pursuing opposition politicians and supporters while shielding corrupt ministers, but he denies that’s the case. Analysts have said that he talks about corruption at every rally, but the Democratic Progressive Party doesn’t do enough to address it.

Marchel Germann, the European Union Ambassador to Malawi, participated in the conference and said corruption is as rampant in the private sector as it is in the public.

A 2015 PricewaterhouseCoopers analysis of Malawi government transactions found $1.4 billion that, between 2009 and 2014, could not be accounted for – a history that puts the extremely poor nation at continued risk for investment and economic development, as well as compromised services for its 17 million citizens.