Home>News>Somalia: State funeral held for young minister shot in Mogadishu
By AT editor - 4 May 2017 at 8:21 pm 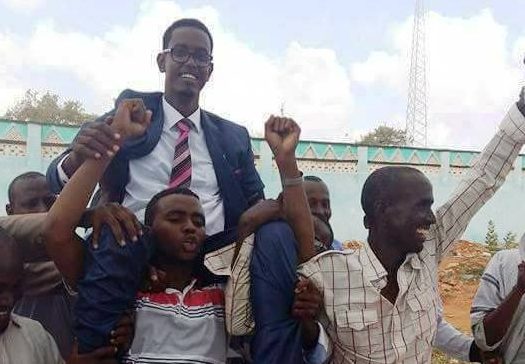 Somalia on Thursday mourned the death of Minister of Public Works and Reconstruction Abbas Abdullahi Siraji, who was laid to rest following a state funeral in Mogadishu.

Siraji was killed on Wednesday evening when his car was mistakenly shot at by the security guards of the nation’s auditor general near Villa Somalia, the presidential residence.

The 31-year-old Siraji was the youngest minister in Somalia’s new government cabinet and has been in office only one month. He was born in Afmadow, but grew up in the sprawling Dadaab refugee camp in Kenya after fleeing the collapse of Somalia’s government in 1991.

Determined to return to help rebuild Somalia, Siraji returned to work with humanitarian organizations including the United Nations and World food Programme.

The grief over his death is particularly acute among young Somalis, for whom Siraji embodied the hope of the future. Death is far too common in Mogadishu, but this one is different, wrote his lifelong friend Moulid Houjale in an essay for The Guardian.

“The hopes and aspirations of millions of young Somalis have been damaged,” Houjale said. “We need reassurance, healing and tangible action that can reignite our hopes.”

According to Garowe Online, four people were initially arrested by Mogadishu police following the shooting. Farmajo has called for an investigation into Siraji’s death.