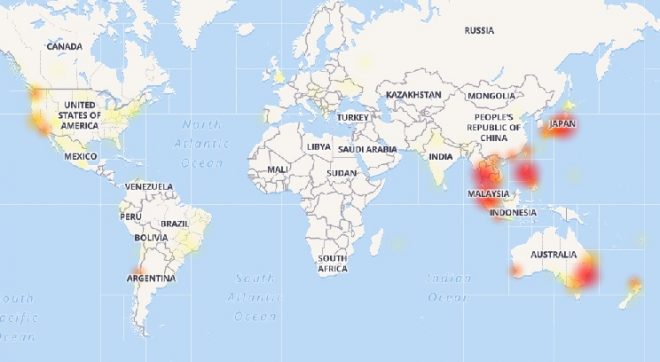 Social media users who depend on Facebook and Twitter found themselves shutdown on Tuesday morning as a wide swath of Asia, parts of Australia and the Pacific West Coast of the United States experienced Facebook outages.

The real-time outage map at Down Detector showed customers in Japan, the Philippines and Malaysia among those most affect by the Facebook outage. About 40 percent of Facebook users said they experienced a total blackout, while 37 percent of those reporting said they couldn’t log in.

When they took to Twitter, they found they experienced intermittent outages there too – as did the editorial desk at Africa Times.

According to the Outage Report website, Twitter services started having disruptions about 10:30 p.m. EST in the United States, but reports were also coming in from the UK, Indonesia, Philippines, Japan, Brazil, Canada and other countries.

Both tracking sites said the popular Instagram service began having disruptions too. The Instagram outage began about 9:15 p.m. EST, or about 15 minutes before reports of the Facebook disruptions began.

While some users said their disruptions were brief and service was restored, others were still waiting for access.

There was no immediate word from any of the companies involved on a cause, or causes, for the outages.